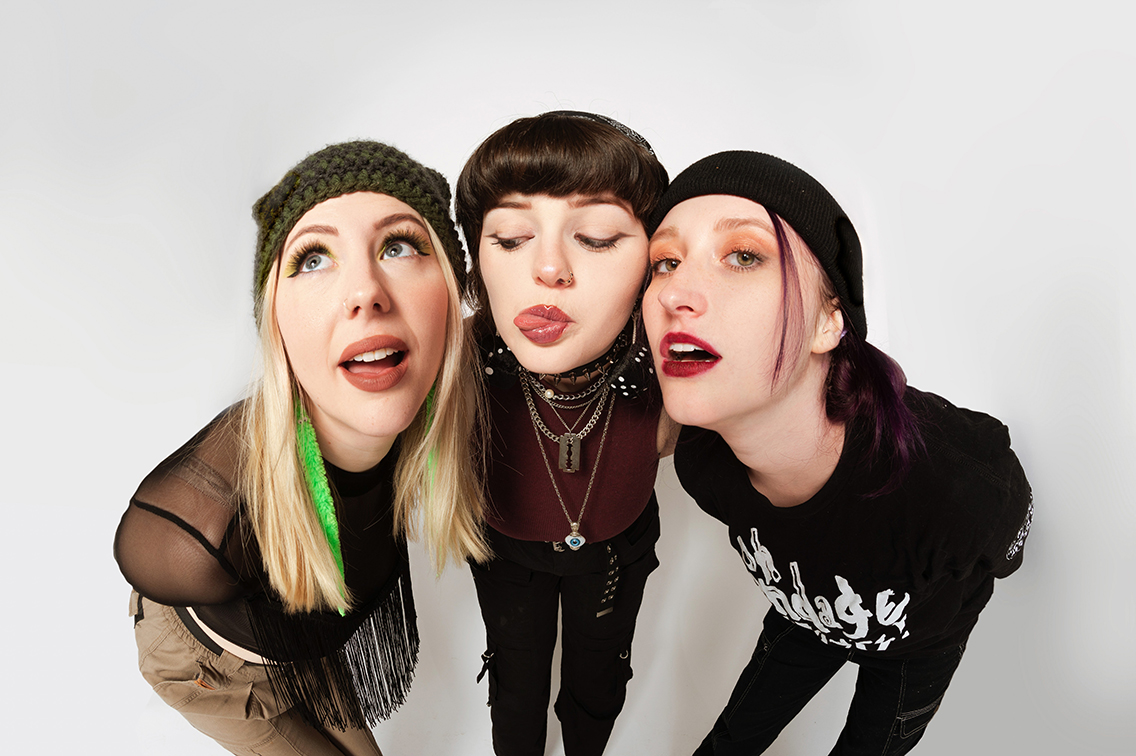 VIAL is a Minneapolis-based indie punk trio of best friends: Keytarist and bassist Taylor Kraemer (she/they), guitarist KT Branscom (they/them), and drummer Katie Fischer (she/they). VIAL brings their genre-bending cascade of sound into electrifying live performances. Songs that smack you in the face: Rage-written speed runs about running over misogynists (“Roadkill”) are followed by a head bopping, cheek-blushing queer love songs to tingle your toes (“Violet”); VIAL is powerhouse who knows how to adapt their sound, and themselves, allowing them to grow in new ways during 2020’s days of quarantine by creating a wide audience on TikTok and other social media while revving up to release their blossoming debut album, LOUDMOUTH (2021). This record was highly-anticipated after the success of their debut EP, “Grow Up,” which hit streaming sites soon after the group’s formation in 2019.

Following the release of LOUDMOUTH, VIAL has made an explosive return to live music, playing historic venues across Minnesota, including First Avenue’s iconic main stage, and have hit many of their favorite cities while touring with artists such as THICK, Skating Polly, and Jhariah. It’s not often that a band has their first tour after three years and two records released, but VIAL is everything but your typical band.