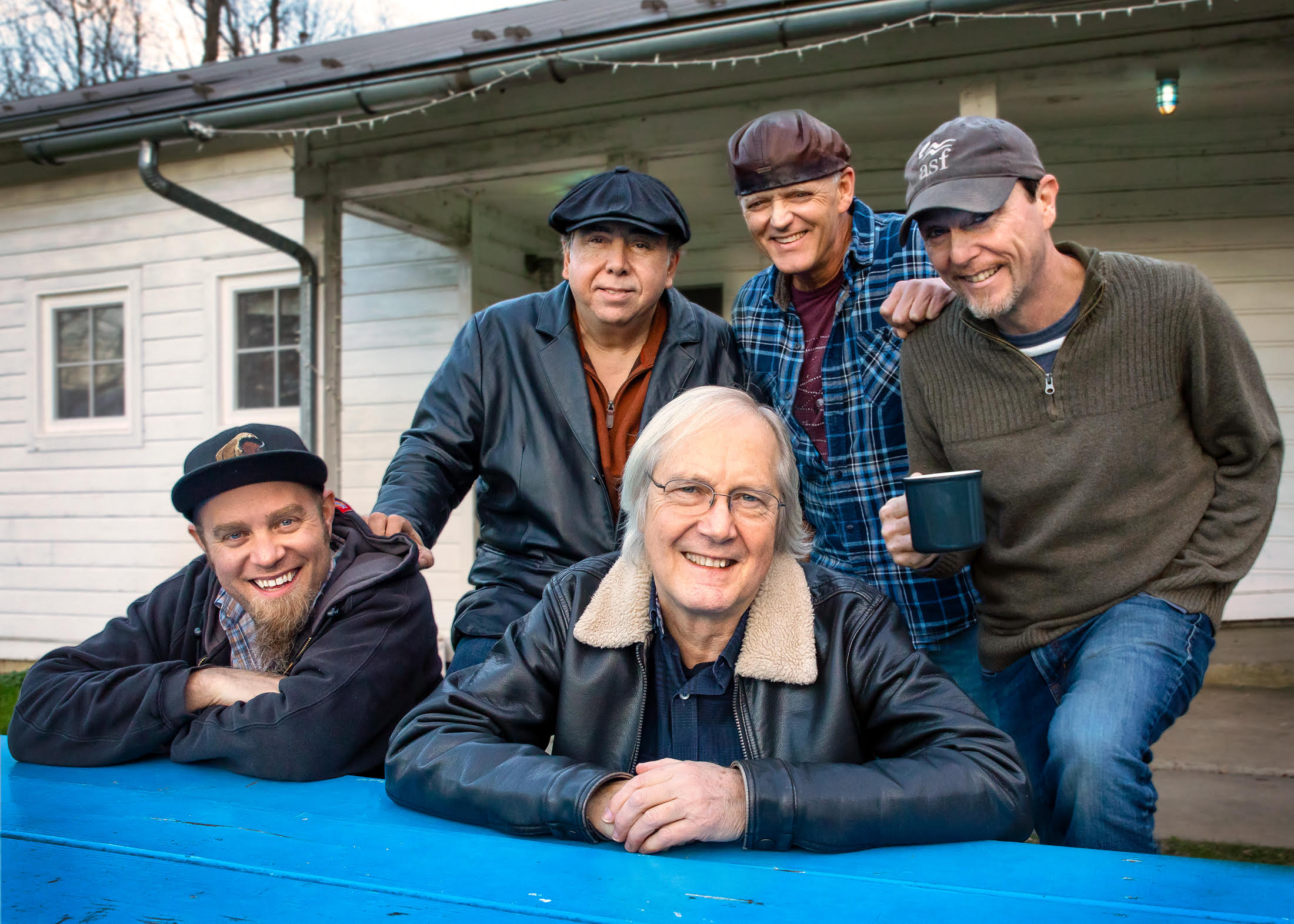 Years of touring have seen The Weight Band revive “The Woodstock Sound,” keeping the spirit of Americana/Roots Rock alive for audiences of all ages. Performing their album, World Gone Mad, as well as classic songs of The Band, The Weight Band is led by Jim Weider, a 15-year former member of The Band and the Levon Helm Band. The Weight Band originated in 2013 inside the famed Woodstock barn of Levon Helm. Weider was inspired by Helm to carry on the musical legacy of the Rock and Roll Hall of Fame group. Jim Weider (guitar, mandolin & vocals) is a former member of The Band. From 1985 to 2000, Weider replaced Robbie Robertson as their lead guitarist, writing songs and performing on their three studio albums, Jericho, High on the Hog, and Jubilation. He toured internationally with original Band members Levon Helm, Garth Hudson, and Rick Danko for fifteen years and was featured with them on numerous albums, films, videos, and in television appearances and also a member of Levon Helms The Midnight Ramble band. Brian Mitchell (keyboards & vocals) also a member of Levon Helms The Midnight ramble band; Michael Bram (drums & vocals) is a soulful singer and multi-instrumentalist (toured with Jason Mraz); Matt Zeiner (keyboard & vocals) Zeiner has also toured extensively with Dickey Betts; a founding member of the Allman Brothers Band, Albert Rogers (bass, vocals) has shared the stage with Levon Helm, Garth Hudson, and played in The Jim Weider Band.

On their second studio album, Shines Like Gold, The Weight Band looks at our troubled world, ponders the passage of time, and ultimately conveys a sense of hopefulness for the future. “There’s a new dawn rising,” they proclaim on the title track, “and it shines like gold.”

Featuring nine original songs (co-written by Weider, Colin Linden, Brian Mitchell and Matt Zeiner) plus a cover of a Willie Dixon gem, the album kicks off with “Weight of the World,” a robust roots rocker that powerfully delivers a hopeful message for the times ahead. Mitchell’s accordion gives a New Orleans touch to “Long Journey,” a poignant song about persevering after losing a loved one. The standout lead single “Shines Like Gold” (Jim Weider & Colin Linden) offers an exuberant slice of Americana with its reassuring “keep the faith” lyrics driven home by Bram and Rogers’ powerful, galloping rhythm line and Weider’s muscular Telecaster playing. Closing out the album is its sole cover, with strong vocals by Bram, Mitchell and Zeiner, a bluesy, jazz-tinged rendition of Willie Dixon’s “It Don’t Make Sense (If You Can’t Make Peace),” which still remains amazingly relevant.

The Weight Band’s musical kinship is evident throughout the album, giving it a more cohesive and funkier sound than the group’s debut. The addition of Zeiner also contributed to the new album’s sound. He forms a potent keyboard/organ tandem with Mitchell (“Tear Down These Walls” and the poignant “Old John”) and provides the band with an additional strong vocalist. Tracks like “Out of the Wilderness” and “Tall Trees” particularly showcase his terrific harmonizing with Rogers and Bram.

A testament to the group’s musical affinity, The Weight Band recorded Shine Like Gold’s ten songs live at Clubhouse Studios in Rhinebeck, NY, over four days – with minimal rehearsal during the height of the pandemic in 2020. Producer Colin Linden, an award-winning musician and Weider’s longtime collaborator and co-writer on several of the album tracks, was in Nashville. The arrangement, however, worked out perfectly, according to Weider. “He was really thorough with the vocals. He came up with a great arrangement in the middle of ‘Tall Trees’ with his acoustic guitar and my slide underneath. He had a big hand and footprint on this record. Weider added, “We go back, so there is a comfortableness working with him.”

The Weight Band’s origins are tied to Woodstock and some of its most famous inhabitants, The Band. Weider, a Woodstock native, served as The Band’s lead guitarist from 1985-2000, following Robbie Robertson’s departure. In the late 00s, he replaced Jimmy Vivino in the Levon Helm Band, which already included Mitchell. The connections extend further, as Rogers shared the stage with Helm and Hudson while in The Jim Weider Band and Bram drummed in the Chris O’Leary Band, an off-shoot of Helm’s band The Barnburners. In 2017, The Weight Band performed on the PBS series Infinity Hall Live. The following year, their selfproduced debut, World Gone Mad, was released to strong reviews. Billboard called it “excellent” while Goldmine Magazine hailed World Gone Mad as one of the year’s best indie albums. Most recently, the Weight Band put out Acoustic Live in 2021. This 11-track album features five songs recorded at the Big Pink on October 25, 2019, and six songs recorded the following night in Levon Helm’s barn/studio. Performances include memorable versions of “World Gone Mad,” Dylan’s “Highway 61 Revisited,” Jerry Garcia’s “Deal,” and several Band covers.

Following Helm’s death in 2012, Weider performed a few “Songs of The Band” concerts, which included Vivino, Byron Isaacs, Randy Ciarlante and Garth Hudson. The shows were so well received that Weider started the first version of The Weight Band with Ciarlante, Isaacs, Mitchell, and keyboardist Marty Grebb. Over the next several years, the group shifted from playing mainly Band songs to their originals. Along the way, band membership shifted too. When Isaacs left for the Lumineers, Rogers came aboard. Bram joined the group after Ciarlante’s departure. Following World Gone Mad’s release, Grebb bowed out and Zeiner stepped in.

While The Band along with Dylan played a large role in making Woodstock a launching point for what is now called Americana, native son Weider points out the town also had a diverse music scene in the 70s. It was home to performers like blues harp man Paul Butterfield, jazz saxophonist David Sanborn, traditional folkies Happy and Artie Traum, New Orleans-bred singer Bobby Charles and bluegrass troubadour John Herald. This musical melting pot all contributed to the Woodstock Sound.