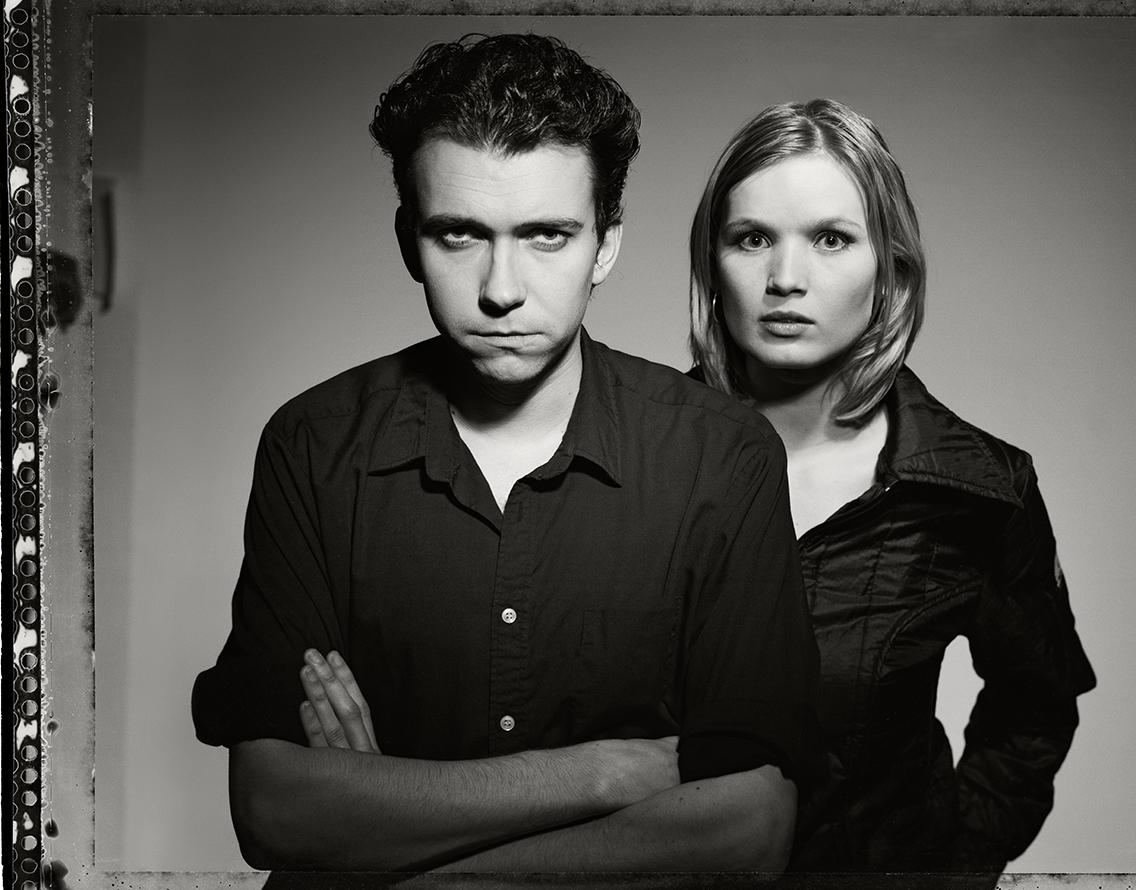 The Raveonettes celebrate 20 year anniversary of ‘Whip It On!’

When The Raveonettes released their debut album Whip it on! in 2002, there was quite a buzz around the Danish duo. With its dogmatic concept a la Lars Von Trier/Dogma ’95 and a razor-sharp sound, Whip It On! kicked off the biggest rock event in recent Danish history.

After 20 years, Whip it is on! sounds just as precise and uncompromising. And after a 5-year concert hiatus, Sune and Sharin are once again cracking the whip with a series of anniversary concerts.

“… It’s a thrill for us that Whip It On! is still a source of inspiration out there. That album passed the test of time somehow, and it makes us very proud. We’re excited to play it live again in its 21 minute glory. Our own little time travel.” Sune & Sharin

Sune Rose Wagner (guitar and vocals) and Sharin Foo (bass, guitar and vocals) drew inspiration from 1950s American Rock’n’roll, 60s girl groups and the surf guitar sound from California. Back in the Noughties, they were part of the new garage rock movement that featured bands like The Strokes, The Hives and The White Stripes. Their unique contribution were especially Wagner and Foo’s ‘vocal candy’: the compressed, modal, sweet boy / girl harmonies in stark contrast to an explosive and dissonant sound, and that peculiar feeling of surfing in the rain.

The Raveonettes have since become a source of inspiration for a large number of bands, and according to NME helped trigger the American pop renaissance that took place in the 10s with bands like Best Coast, The Drums and Dum Dum Girls who found inspiration in Raveonettes’ classic pop sensibility.

The Raveonettes who have had a solid and unshakable cult fan base ever since releasing their first album, would like to celebrate the sound that started it all. The duo will hit the road in the key of Bb minor,- which was one of the original dogmas when the band created Whip It On! “Recorded in Glorious Bb Minor”

Sune and Sharin are bringing the original live band from 2002, consisting of Manoj Ramdas on guitar and Jakob Høyer on drums.