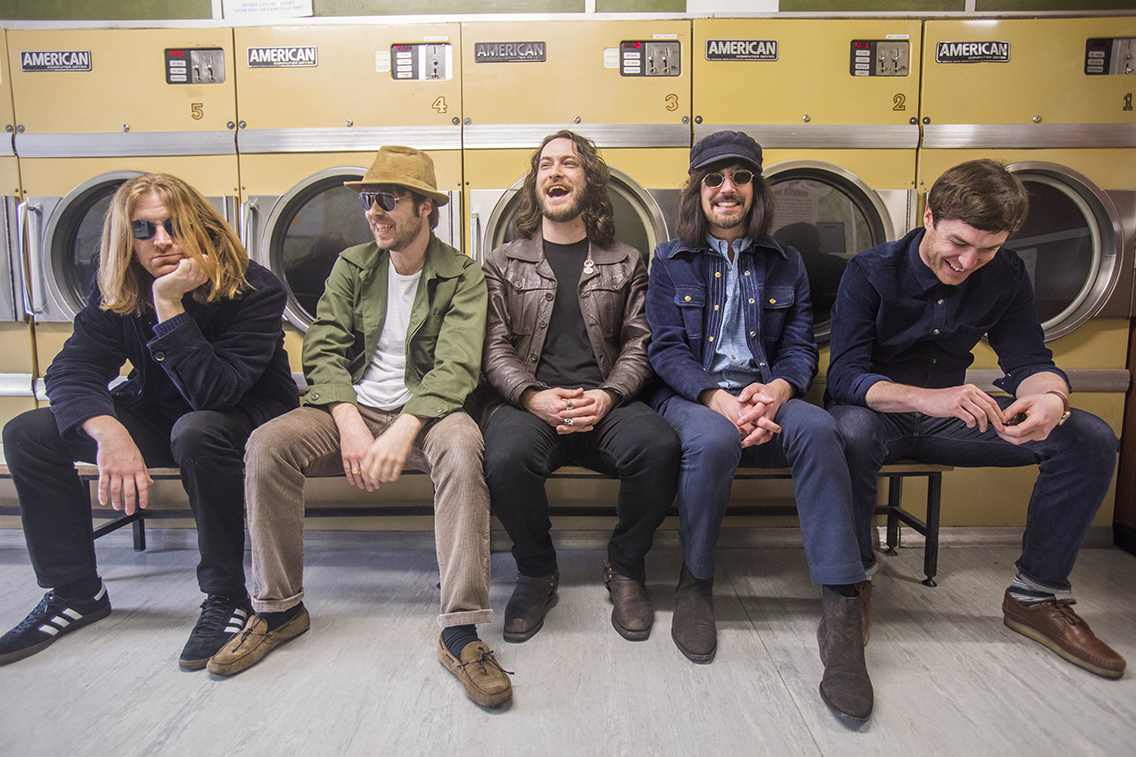 Summer has arrived on Coral Island and nobody is basking in the optimistic dawn of longer days and wilder nights than the resort’s tour guides, The Coral. Having attained their second highest ever UK Album Chart position at No.2, their highest for over a decade, the resurgent Wirral five-piece release the windows-down-and-drive splendour of Change Your Mind from their universally-acclaimed, double album, as the sun climbs higher in their sky.

A two-part, four-sided album about a possibly mythical, thrillingly down-at-heel offshore resort, complete with pirate radio station, neon-lit fairgrounds and alligator ponds gained wild applause beyond common wisdom on its release in April. Lengthening their own, distinct chapter in the story of British music, Coral Island – released on the cusp of their 20th year – broke almost every rule of the modern age of the algorithm.

Change Your Mind is plucked from Part One of Coral Island, representing the Waltzer-spinning months of the summer, packed with upbeat melody, surfer-boy harmonies, crystal-cut guitars and a beat that ticks to the heartbeats of blushing, holiday romantics.

James Skelly says of the single: “If The Byrds, Jackson Browne and REM recorded a song together in Blackpool I would imagine it to be something like this.”

One of the most celebrated elements of Coral Island, compared by a wide-constituency of critics to great thematic albums such as The Kinks Are the Village Green Preservation Society and Small Faces’ Ogden Nut Gone Flake, was the inclusion of James and Ian Skelly’s 85-year-old grandad, Ian Murray, in the role of ‘The Great Muriarty’, the record’s worldly-wise, all-seeing narrator. As well as representing the first time another lead vocalist has ‘fronted’ The Coral, Murray is believed to be the oldest artist to debut in the UK Album Charts Top 5.

Alongside Coral Island’s multi-format release came an accompanying book, written by the band’s keyboard player and songwriter, Nick Power, with 20 brand new illustrations by drummer and designer of many previous band visuals, Ian Skelly. Over Coral Island provides a 188 page companion piece to the album’s vivid, aural depictions of a time and place that perhaps never was.

Almost 19 years after the release of their celebrated, self-titled, Mercury Music Prize-nominated, platinum-certified debut in 2002, kick-starting a decade of classic singles, including Dreaming Of You (now on over 100 million streams globally and gaining UK Platinum status), Pass It On, Don’t Think You’re The First and In The Morning, The Coral have moved into 2021 as in thrall to the self-endowed gift of creative freedom as they were on day one. The band has sold over a million albums to date.

Of their nine albums to date, the last of which, Move Through The Dawn, was released in 2018, five have reached the Top 10 including 2003’s chart-topping Gold-selling Magic and Medicine which saw the band nominated for Best Group at the Brit Awards. Never anything other than wilfully idosyncratic and critically-praised, the follow-up, The Invisible Invasion reached No.3 in the UK Albums Chart and joins it’s predecessor in being certified Gold.

Recorded in a sense of barely-controlled, copy and paste chaos at Parr Street Studios in Liverpool, Coral Island was written and performed by the multi-instrumentalist and multi-talented line-up of James Skelly, Ian Skelly, Nick Power, Paul Duffy and Paul Molloy plus a special guest.