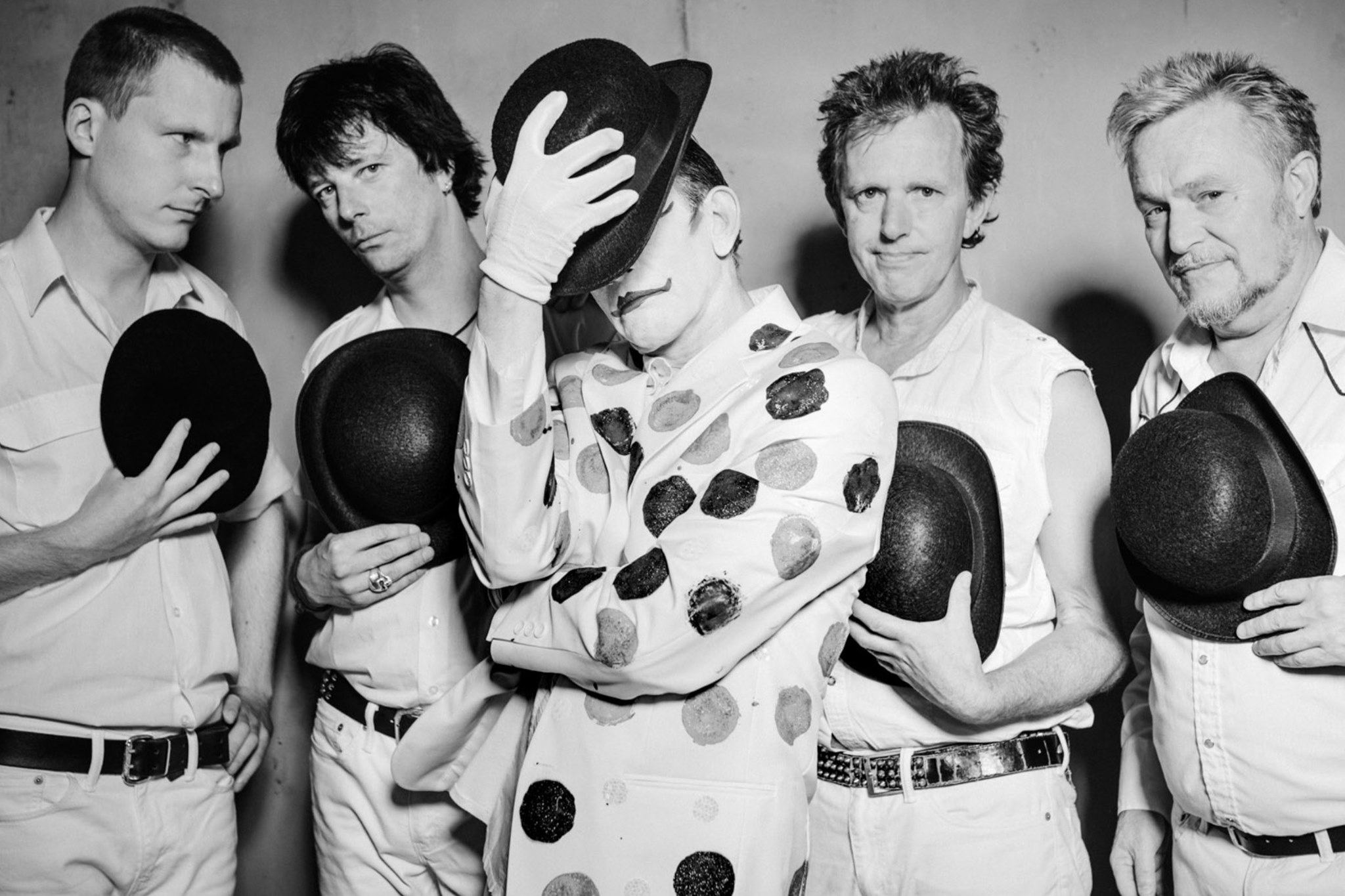 THE ADICTS began life as the Afterbirth & The Pinz, in their hometown of Ipswich back in late 1975. They scored many Indie Chart hits in the Eighties, and are unbelievably still together, and still making great music, with the same line-up – Keith ‘Monkey’ Warren, vocals; Mel Ellis, bass; Pete Dee Davison, guitar; and Michael ‘Kid Dee’ Davison, drums – to this day. Newer members are John Scruff Ellis (Mel’s brother) guitar.

“I think we all started for different reasons,” recalls Monkey, of their distant origins. “Pete and Kid moved to Ipswich from Sunderland were already playing on their own, using pillows for drums in the front room. Mel had just failed the audition for Nick Kershaw’s band (too tall apparently) and I was a punk without a cause. Exactly what year that was may vary depending on who you talk to.

Some say ’75, some say ’76. I think I have a flyer from March ’76, but before that, we had played our first show in a scout hut in Aldburgh, Suffolk – not exactly top of the list for all-time top punk venues! We strung a rope across the room to keep the ‘crowd’ back and had a motor bike for a lighting rig. As far as our musical education goes, I think Pete took music at school, and Kid just liked to hit things. I don’t know where Mel got his ‘talent’ from but it seems to run in the family. I still can’t play anything.”

They soon changed their name to THE ADICTS and became known for their distinctive Clockwork Orange ‘Droog’ image, which, along with their urgent, uptempo music and light-hearted lyrics, helped set them very much apart from the rest of the genre.