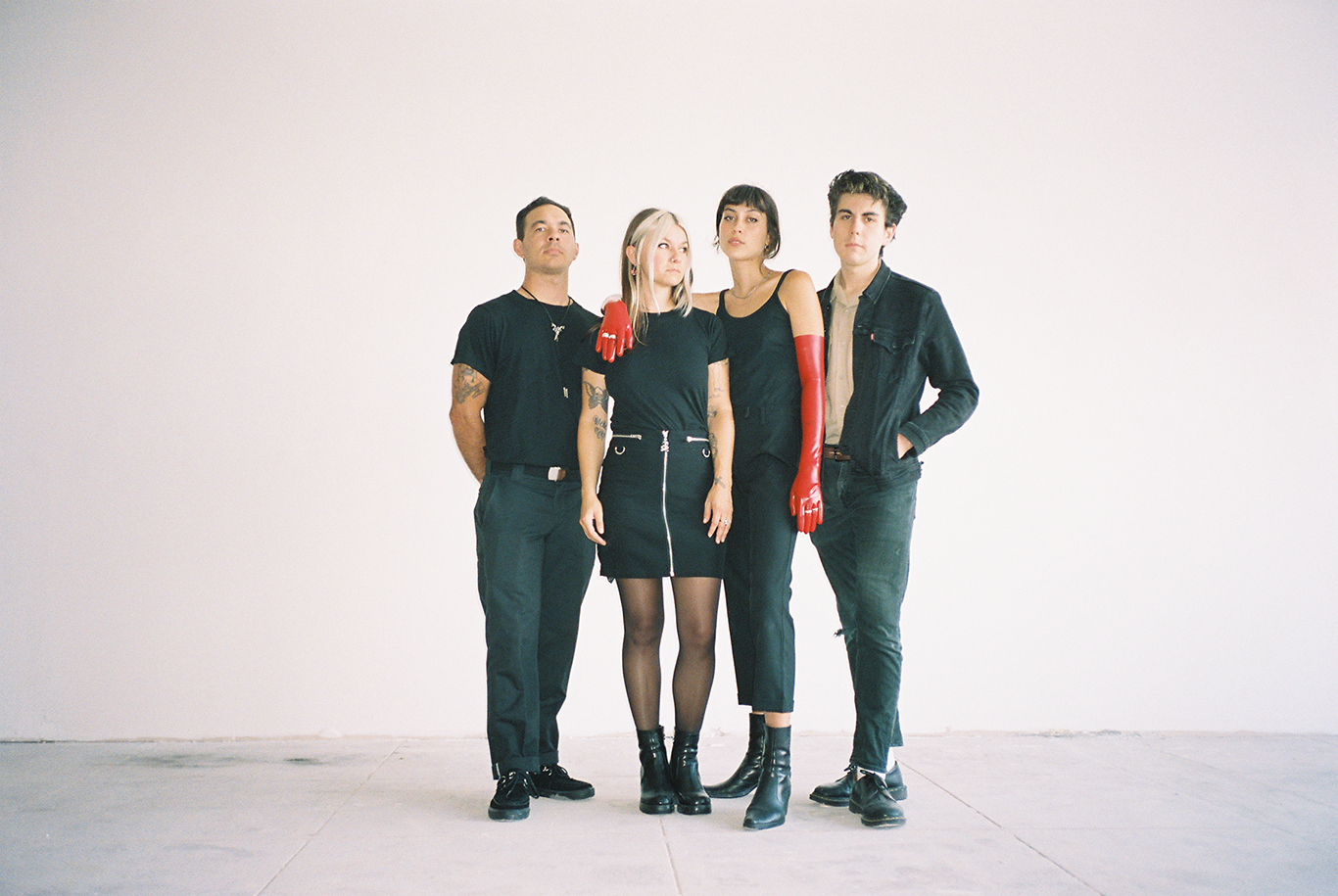 Slaughterhouse emerged from the South Bay of Los Angeles in late 2017 and hit the ground running with local and out-of-state shows, and an EP that would define their deathrock/punk sound. Solidifying their current lineup by early 2019, Slaughterhouse continues to build their name playing explosive live shows with songs from their recently released debut LP, Fun Factory; out as a split release on Todd Congelliere of F.Y.P’s label Recess Records, and Water Under the Bridge Records. With Veronica Molidor on vocals, Taylor Ramirez on guitar, Eddie Cairns on Bass, and Nick Aguilar on Drums, this group’s first LP is a Fun Factory in itself. It starts with the slow-rolling, powerful track “TV Age,” and continues to roll through with punch in the gut tracks like “Time Killer” and “Paranoia,” as well as Siouxsie and The Banshees influenced tracks like “The Rat” and “Micromanage.” Listening to the album is like a ride on the Tilt-A-Whirl. “Fun Factory is all killer, no filler” – BE IN A BAND, OR DIE. Slaughterhouse’s sound projects a reference to the past while creating nuanced and modern textures with depth well beyond that of a four-piece.

Slaughterhouse has shared stages with the likes of Pennywise, The Adolescents, Dead Kennedys, and Alkaline Trio. In 2022 they’ve toured with Bad Religion, joined The Kills on stage for their anticipated return, and played sold out shows with Amyl & The Sniffers, and Destroy Boys, with no signs of slowing down.