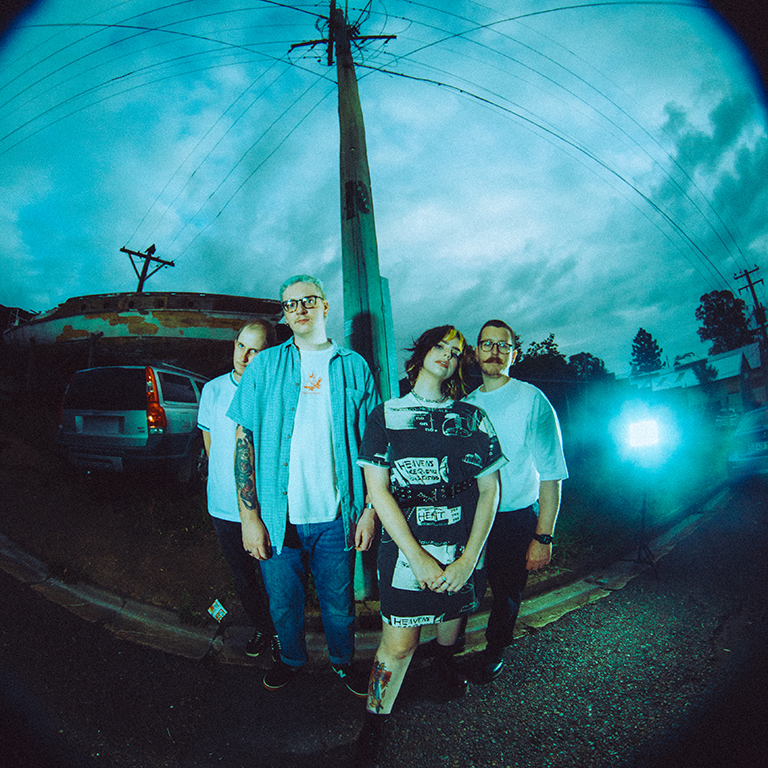 In 2019 things started to progress for the band when triple J gave the group a spot on the Unearthed stage at Big Sound, leading their single ‘Drunk’ to be picked up by radio stations and streaming sites. Currently, the song sits at over 340,000 Spotify streams.

With 2 EP’s and a multitude of singles under their belt and a completed sold-out tour with Sly Withers and Columbus, the Brisbane quartet released their next single, entitled ‘Sleep At Night’ in July of 2021, and embarked on an Australian tour including dates in Brisbane, Sydney and Melbourne.

‘All the existential crises, what will happen when I die? Why is my conscience always screaming, ‘less I’m poisoning my mind?’
Robinson, whilst discussing the group’s lyrical themes, comments:

“Each song is discussing a facet of life as a young Australian in today’s world, whether it’s juggling work with study, opening a dialogue about mental health or just dealing with the heat”.

The band are self described as ‘River City Rock N’ Roll’. The lyrical connection with Southeast Queensland and the valley that houses their native Brisbane’s most infamous entertainment district show a strong connection for the band to their immediate environment and the harbouring dangers it possesses.

This release saw the band sign with Side One Dummy Records, a boutique label hailing from Los Angeles, California supporting and releasing artists since 1995.

“Delivering countenance of truths we all need to hear, Brisbane rockers Semantics blend the seriousness of ‘R U OK’ day with Ben Lee’s We’re All In This Together optimism to check in with the mental health of humanity on their sophomore EP, ‘If You’re Not Alright’.
Writing about their 2020 single, ‘SDE’, Hayden Davies comments:

‘Directed by Harley Jones, the clip layers a story of a real bad time amongst footage that flaunts their vivacious and high-energy live show; white-backed moments of energy and controlled chaos – which manages to make an impression even without the swelling crowd that often stands in front of the group in a live setting’.

Keeping in line with punk-rock philosophy, Semantics spare no effort in connecting with their listeners on a personal level on and off the stage to remind fans that it’s ‘alright if you’re not alright’. Since their pivotal stand-alone single, ‘Cemeteries’ debuted on triple J in May of 2018, Semantics have been hard at work refining their craft to match their newfound direction. Describing their sound as “somewhere between punk-rock, indie, emo and Aussie rock” the Brisbane quartet are set to release their debut album in 2022, titled ‘Paint Me Blue’.

Their latest single, entitled ‘Get In The Car,’ is set for release on 25/03/2022 and will be accompanied by a videoclip and their new album announcement for ‘Paint me Blue’.