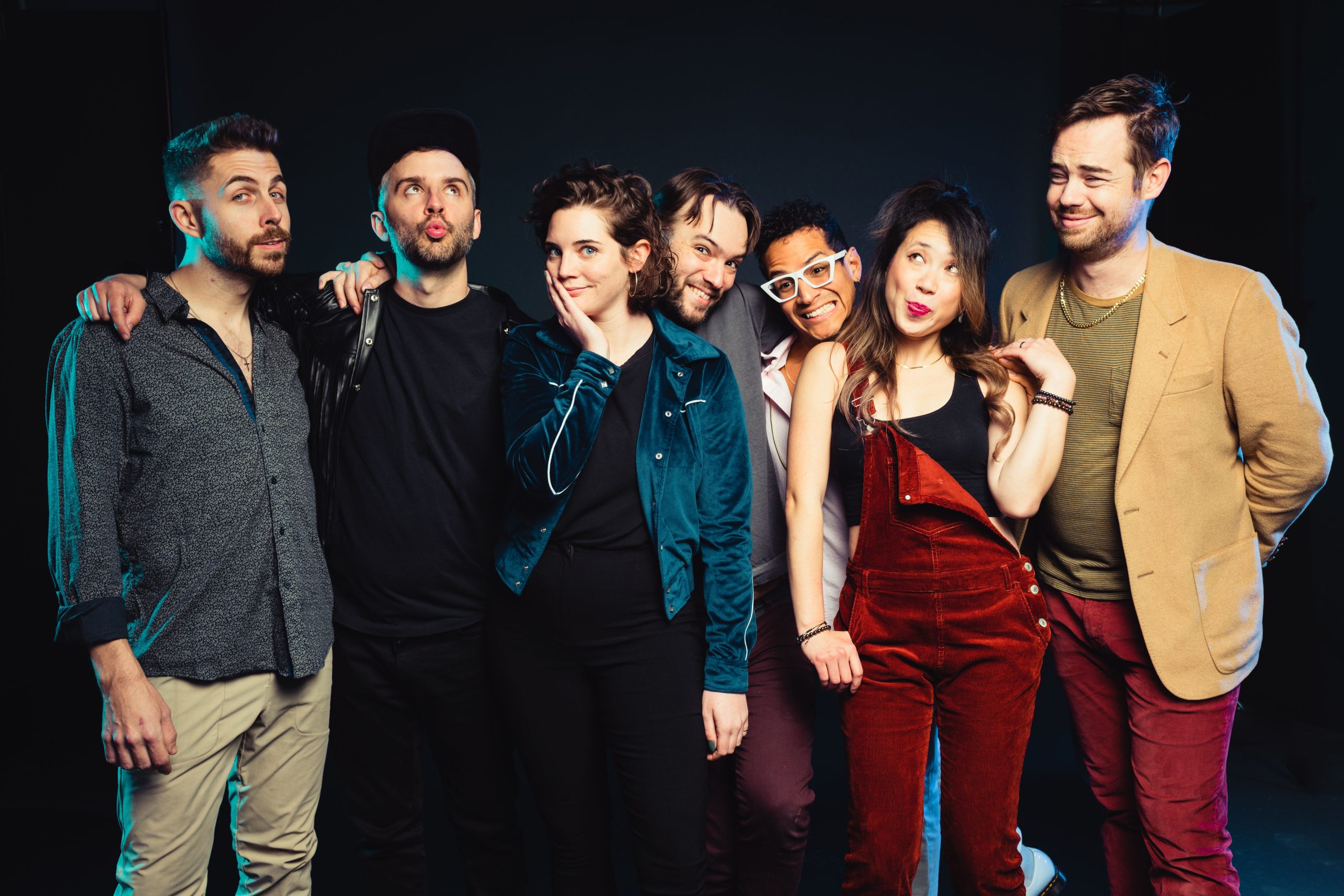 For as much as Sammy Rae & The Friends may be a band, this collective of, dreamers, and artists considers itself a family first.

Fronted by singer and songwriter Sammy Rae, the group flourishes in any spotlight with a combination of all-for-one and one-for-all camaraderie, palpable chemistry, deft virtuosity, and vocal fireworks. Their sound is a mélange of Sammy’s influences, rooted in classic rock, folk, and funk and sprinkled with soul and jazz. Complete with a rhythm section, horn section, keyboards, and two backup singers, Sammy Rae & The Friends have or will deliver their high-energy, spirited and unrestrained shows to sold-out audiences in the Northeast and beyond, including New York City’s Brooklyn Steel, Boston’s The Royal, LA the Teregram, Burlington’s Higher Ground, Seattle’s The Showbox, Philadelphia’s Theatre of the Living Arts and Chicago’s Metro to name a few..

“Because we come from so many different spaces and studies of music, we’re able to create something very unique,” Sammy states. “We learn from one another as we’re playing together. We’re grateful to have found people who speak the same language, but also speak their own. We have a vision for longevity. The only way that works is if we behave as a family. We’re all very grateful to have the support of one another. This is a large group of people where everyone plays an important role. It’s the lunch table I always wanted as a kid.”

Sammy Rae & The Friends built this kind of trust one show at a time. As the story goes, our fearless leader grew up in Derby, CT, learned piano, and penned her first crop of songs at just 12-years-old. Under the spell of everyone from Queen to Ella Fitzgerald to Bruce Springsteen, she honed her voice. By high school, she cut her teeth in local venues, even releasing a series of independent solo records before college. New York eventually called to the songstress as she enrolled in Manhattan College during 2013. Toughing it out tooth and nail in The Big Apple, she left college in 2014 to pursue music full-time and threw down at countless gigs while continuing to write and record at a prolific pace. At the same time, crowds doubled with every rapturous performance as they built an inclusive safe space for fans everywhere.

Meanwhile, they’ve racked up over 35 million streams on Spotify and have played festivals along The Revivalists, Lake Street Dive, ST Paul and The Broken Bones, and more.

The unit only grew stronger.

The band advocates for the importance of their community. Avid music fans themselves, they pride themselves on this original grass-roots, word-of-mouth growth. The Friends is their community of followers, artists and creatives who help in the creation of their songs and sustenance of the project—their mixing engineer, band photographer, graphic designer, budget manager, and everyone who hangs around the shows supporting the vision. Shows are safe spaces to feel overwhelmed with love and acceptance. “Friends” in the audience are encouraged to dress how they like, dance how they like, join the party and form person-to-person Friendships. Sammy Rae & The Friends shows are like a house party, a church of rock and roll, and shot in the arm of affirmation of individuality.

“Over the last two years, we really solidified the band identity,” she goes on. “Because of my bandmates’ support and that of the fan base, it gave me the courage to try new things, move into abstract ideas, and be honest. It felt like time to really tell my story without a filter.”
That’s just what she did on “Jackie Onassis” and the piano ballad “Living Room Floor,” heralding Let’s Throw A Party. Igniting 2021, the single “Creo Lo Sientes” [feat. C-Bass] dips in and out of a Latin rhythm punctuated by hypnotic handclaps, boisterous horns, vintage synths, and a flirty bilingual refrain with the Spanish lyrics penned by C-Bass, as informed by some of the band’s native-Spanish speaking friends and family members.

“I wanted to take a stab at a love song,” she recalls. “I had this idea of ‘The Talking phase’. It’s the first couple weeks of a relationship where you know something’s brewing. The song follows a budding romance as these two people are very clear about how they feel, yet they haven’t explicitly stated it yet. It gets lost in translation, so to speak. We have a wonderful Spanish speaking fan base, so I wanted these lyrics to capture vibe.”

Then, there’s the energetic, enthralling, and ebullient title track “Let’s Throw A Party.” It bottles the unpredictable and undeniable energy of the live show into a genre-blurring anthem, flickering between moments of swinging big band-style jazz, funkified guitar, heavenly harmonies, and grand piano bliss courtesy of Sammy.

“It’s the song I’m most excited about,” she smiles. “I’ve always loved multi-part song structures. I was thinking about aging with grace and a sense of humor instead of resentment. It’s like, ‘I know the world is going to shit, but let’s throw a party’. No matter what’s going on in the chaos, there’s always something to throw a party about.”

In the end, it’s not a party without Friends.

“We want to make feel-good music that encourages people to insert themselves into the songs,” she leaves off. “Community is the biggest thing for us. When I write these songs, it’s usually me and my banjo or me and a keyboard. I’m a folk artist who wants to be a Rockstar—and I’m a queer female band leader in New York City. I just love music. I listen to music all day every day from all eras and genres. At the same time, I’m a people person who loves my friends. Now, we’re all in this together.”

Sammy Rae & The Friends latest single “Follow me like the Moon” came out on 1/14/22 and they are currently headlining the East Coast.