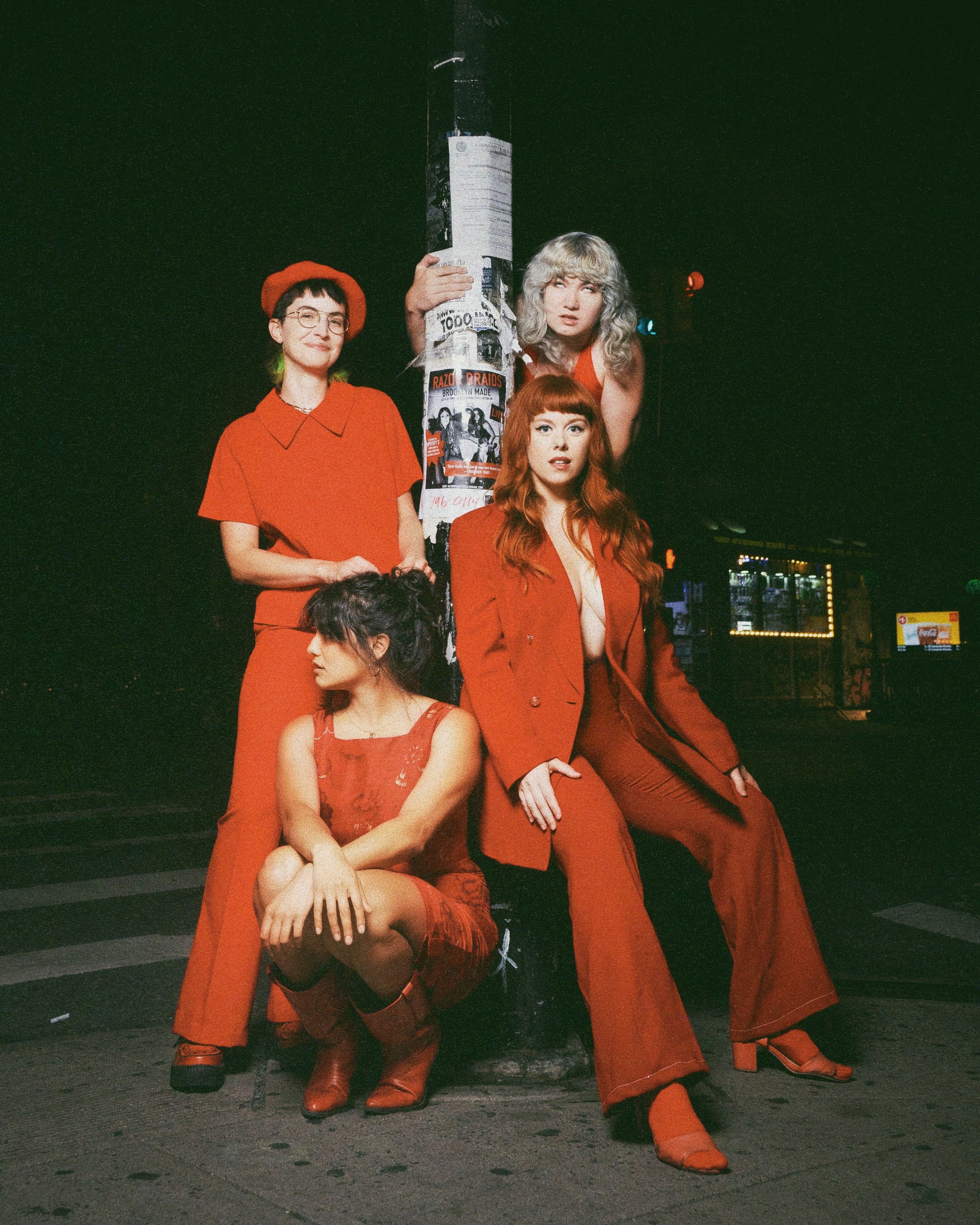 Brooklyn’s Razor Braids is a queer, all-female/non-binary rock band combing the vulnerable self awareness of indie rock with dynamic instrumentation anchored in a 90s alternative ethos. Through soaring harmonies and a driving rhythm section the band has honed a magnetic sound that is a testament to the healing power and catharsis of community. Following their warmly-received debut album “I Could Cry Right Now If You Wanted Me To,” the band released two singles in Spring 2022, weaved together during the pandemic and bringing to life the memories – from terrible parties to secret make-out spots – that bubble to the surface when the world has been forced to a halt. The singles, “Kelloggs” and “Megachurch,” garnered praise from Brooklyn Vegan and placements on multiple Spotify’s Fresh Finds playlists. In the time since, Razor Braids embarked on their first tour through the Midwest, South, and East Coast and brought their energetic stage presence to Music Hall of Williamsburg, Sultan Room, and Elsewhere as direct support for Rolling Blackouts Coastal Fever, Jigsaw Youth and Anna Shoemaker, respectively. In 2023, the four-piece plans to release new music, expanding on their singular balance of tightly layered vocals, heavy riffs and reflective lyrics with more confidence and sense of purpose than ever before.