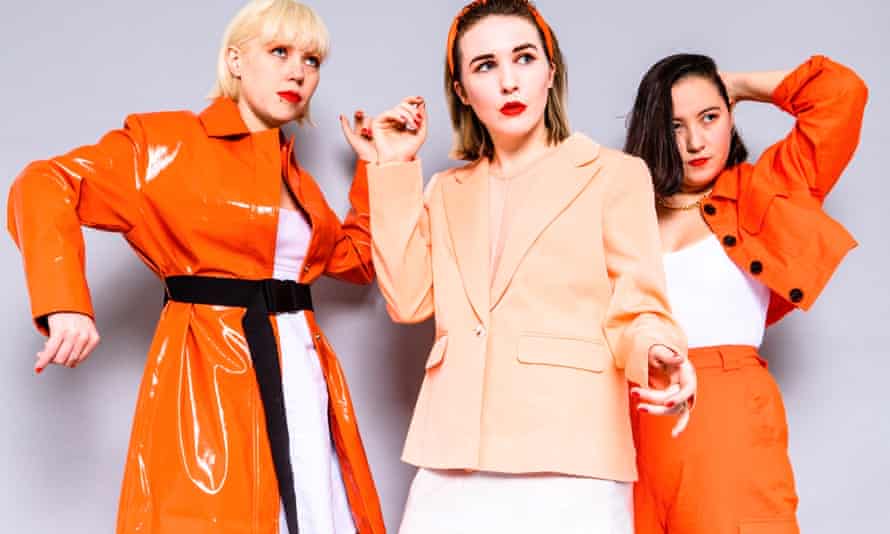 Manchester’s PINS play gritty yet glamorous post-punk with a female perspective. Early on, the band’s sound was rough and snarling, as on 2013’s Girls Like Us. Over time, though, PINS added a subversive pop sheen to 2015’s Wild Nights and electronic and dance-punk elements to 2020’s Hot Slick.

PINS’ roots date back to December 2010, when vocalist/guitarist Faith Vern decided to form her own all-female act after disappointing stints in bands with men. She connected with bassist Anna Donigan and soon filled out the group’s lineup with guitarist Lois McDonald and drummer Lara Williams. Taking inspiration from Hole, the Jesus and Mary Chain, and Beach House, PINS issued their debut single, “Eleventh Hour”/”Shoot You,” in May 2012 on their own Haus of PINS label. After playing a gig supporting Savages, the band signed to Bella Union, which released the LUVU4LYF EP that October. Williams left the group and her replacement, Sophie Galpin, joined in February 2013. Recorded in a week, PINS’ self-produced debut album, Girls Like Us, arrived in October 2013, earning praise for its gritty mix of garage rock and post-punk. Following dates with Sleigh Bells, Warpaint, and the Fall, the band worked on their second album with producer Dave Catching at the Rancho de la Luna studio in Joshua Tree, California. Arriving in June 2015, Wild Nights was PINS’ first album to include keyboardist Kyoko Swan.

Following Wild Nights’ release, PINS took a more independent approach to their music. In March 2017, they released the Bad Thing EP — which featured the Iggy Pop duet “Aggrophobe” and a cover of Joy Division’s “Dead Souls” — on Haus of PINS. For that November’s single “Serve the Rich,” they worked with producer Jamie Hince of the Kills. After the departure of Donigan and Galpin, PINS became the trio of Vern, McDonald, and Swan. The band worked on their third album with producers Hince and Richard Woodcraft and keyboardist Nathan Saoudi of Fat White Family, taking inspiration from Soulwax, LCD Soundsystem, Suicide, and New Order and swapping instruments freely. PINS issued Hot Slick in May 2020.