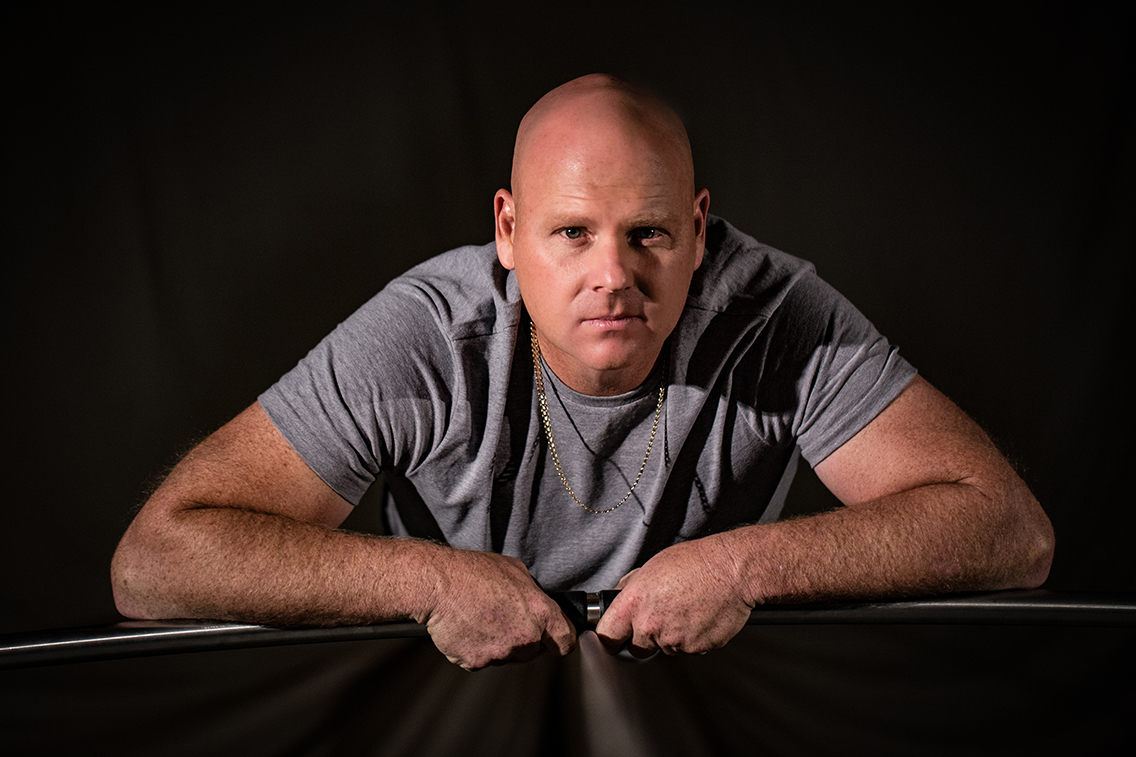 “What is the purpose of your trip sir?” the passport agent asked. “To inspire people around the world to follow their dreams and never give up,” Wallenda said.

Spoken as he fulfilled his life-long dream of becoming the first person to walk a wire directly over Niagara Falls on June 15, 2012, Nik Wallenda not only joined the ranks of legendary daredevils, he proved to an ABC television audience of over 13 million that no obstacle is too great to overcome in pursuit of one’s dreams. The heart-pounding event took two years of strategic planning which included geological surveys, engineering feats and political lobbying of U.S. and Canadian officials to change laws in both countries that, for the past 116 years, banned daredevil stunts at Niagara Falls. Walking directly over the 600,000 gallons per second roaring over the Horseshoe Falls, he battled wind swells and dangerously thick mist at the center of the falls, before emerging to the delight of 120,000 fans on the Canadian side awaiting his arrival.

In June of 2013, his inspiring biography, Balance: A Story of Faith, Family & Life on the Line, hit shelves in major book stores throughout the country. In his book, Nik chronicles the challenges and triumphs not only of the walk over Niagara Falls, but also of his incredible life journey from circus performer to world renowned daredevil.

On June 23, 2013, Nik completed yet another life-long dream, this one 6 years in the making, becoming the first person to cross the Grand Canyon on a wire. His network partners, Discovery Channel, allowed Nik to undertake the walk in the Wallenda family tradition, completely untethered, and broke new ground as a network, broadcasting the event live in 183 countries. At a height of 1,500 ft above the Little Colorado River, Nik faced the challenges of wind gusts measured at 48 miles per hour, optical illusions of the canyon walls, and a dusty and precariously moving cable. Viewers listened breathlessly as Nik described the intense conditions he faced to Terry, his father and safety coordinator, and his Uncle Mike, his lead engineer, and also as he thanked God and prayed for peace in the midst of adversity as he travelled the distance of 1,300 hundred feet across. After nearly 23 minutes on the cable and realizing the end was in sight, he began to thank those that had made the walk possible, before kneeling to the cable, saluting his fans, and sprinting in the final distance to the waiting arms of family and friends. Through television and other media outlets, the event reached an audience of 21 million in the U.S. alone, setting viewing and social media records in the process, and registering 1.1 billion impressions worldwide. Revealing only days later the added adversity of battling and being treated for a severe cold the day of the event, Nik once again exhibited his motto, Never Give Up, and continued in his mission to inspire those around the world to pursue their dreams.

On November 2, 2014, Nik challenged the windy conditions of Chicago’s famed “skycraper canyon” with 2 separate wire walks, setting 2 world records in the process. His first walk took him across the Chicago River from iconic Marina City West to the Leo Burnett Building at heights approaching 700′ and reaching an incline of 19 degrees. Next, Nik attempted his most daring walk to date, donning a blindfold and walking between the Marina City Towers, completing the highest ever blind folded wire walk at nearly 600′. Titled “Skyscraper Live, both walks were broadcast live by the Discovery Channel in over 200 countries, and more than 50,000 people packed the streets along the river to watch the walk live, prompting Chicago Mayor Rahm Emanuel to declare November 3, 2014, Nik Wallenda Day in light of his achievements.

Nik is a seventh generation member of the Great Wallendas who trace their roots back to the Austro-Hungarian empire in 1780. He began “performing” on a high wire before he was born; his mother, Delilah Wallenda, was still walking the high wire six months pregnant with him. Nik’s official first performance was in 1981 at age 2 as a tiny clown carried around in a pillow case. He also began walking the wire that same year but was not permitted to perform professionally on a high wire until age 13.

For Nik, every walk is an expression of honor to his great grandfather, the legendary Karl Wallenda who brought the Wallendas to America for The Greatest Show on Earth. On June 4, 2011, Nik Wallenda successfully completed the high wire walk in San Juan that took his grandfather’s life — a 135-foot-long high-wire crossing between the two towers of the ten-story Condado Plaza Hotel. Stunning the crowd, Wallenda’s mother, Delilah joined him on the high wire, mother and son starting at opposite ends. When Delilah reached the middle of the wire, roughly the spot Karl had fallen, she sat down on the wire and Nik stepped over her before the two continued to opposite ends of the wire. Before finishing, Nik knelt down on the wire and blew a kiss in honor of his great-grandfather’s memory.

In 1997, Nik, along with his mom and dad, joined other members of the Wallenda family, to honor the Wallenda legacy by recreating the family’s crowning achievement, the 7 person pyramid: four men standing on a wire as two pairs with two more men standing on their shoulder bars holding a woman sitting, then standing on a chair at the top of the pyramid. Created by Karl Wallenda during the depression era, the Wallendas successfully performed it for decades until January 30,1962 when, in Detroit, the front man on the wire faltered and three men fell to the ground, two to their deaths. Karl Wallenda’s son was paralyzed. To this very same arena, the Wallendas returned, successfully performing the pyramid.

Always striving for greater achievements, in 2001, Nik successfully led members of his family in performing a world record 8 person pyramid in Japan. Sixteen years later, while preparing to break this same record in his hometown of Sarasota, Florida, Nik and the Wallenda family would face one of their biggest challenges; after multiple practices successfully performing the 8 person pyramid, they faltered on the final practice before performances, and the pyramid collapsed, with 5 members falling to the ground. Three members, including Nik’s sister and aunt, were severely injured. Nik’s sister was among the most severe injuires: every bone in her face was broken, a broken heel, a broken leg, and broken arm. At the hospital with his injured family, Nik considered stepping away from his career. However, each of the 5 injured members told him to return to the wire, and 2 days later, he walked across Amalie Arena in Tampa, Florida. Later that summer, the Wallenda Family would resume performances of the 7 person pyramid in preparation for performances on Big Apple Circus. While Nik successfully led the troupe to perform the pyramid for 8 months, he struggled for the first time with facing fear on the wire he had always been at home on, dealing with PTSD from the accident.

On June 23, 2019, Nik & his sister Lijana faced those fears in dramatic fashion. In her first wire walk since the accident, Lijana joined Nik to walk a wire 230 feet above Times Square New York. Starting on opposite sides of the cable, Nik ventured halfway onto the wire before Lijana started. When they eventually met, Lijana sat down on the cable, and Nik crossed over. When Nik reached the finishing tower, he raced down and across Times Square to wait on the finishing tower to embrace Lijana as she completed the walk. The epic event was covered live by ABC and broadcast internationally.

Less than 8 months later, on March 4, 2020, Nik would complete his greatest accomplishment to date, walking over the lava lake of the active Masaya Volcano. The walk was his longest and highest to date, 1,800 feet long and 1,800 feet high. During the walk Nik endured the high winds and hot updrafts above the volcano, along with reduced oxygen levels due to the gas mask to protect himself from the toxic gases of the volcano. The walk was covered live on ABC and broadcast in the US and around the world.

Nik is the owner of 13 world records, and he continues to push for greater challenges.
By his side throughout his career is the beautiful Erendira, the high energy circus performer he married after his 1999 proposal from the high wire, on bended knee in front of 18,000 in Montreal, Canada. Erendira is also circus royalty. On her mother’s side, she is the eighth generation of the Ashtons of Australia. On her father’s side, she is the seventh generation of the Vazquez trapeze artists from Mexico, known worldwide as the first to successfully complete the quadruple somersault. Erendira herself owns 2 world records, including hanging by her teeth under a helicopter over Niagara Falls.

Nik and Erendira have three children: Yanni, Amadaos and Evita. Both Yanni and Amadaos are currently serving our country in the Marine Corp and Army, respectively.

Nik continues sharing his inspiring stories of his walks and life at churches, conferences, and corporate events as a highly sought after public speaker. Both Nik and his wife Erendira also continue to produce full shows ranging from private parties and corporate events to theatre shows. They have also recently laid the ground work for the Nik Wallenda Family Foundation, a charity that will have outreach programs to inspire inner city youth and children battling life threatening illness to “Never Give Up” and pursue their dreams.