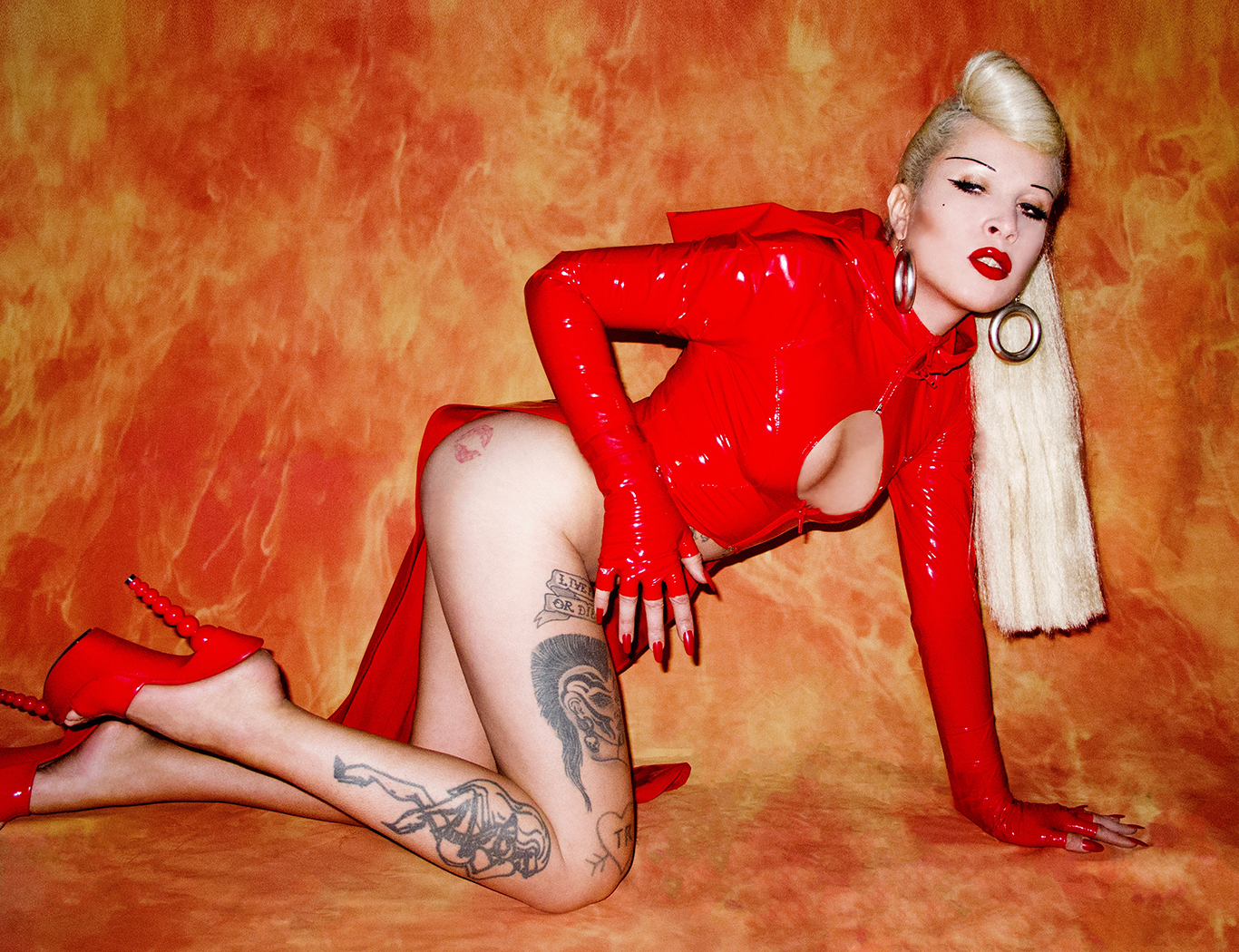 Mz Neon is a genre-bending musician, multi-instrumentalist, songwriter, producer, and multimedia artist using performance and lyrics to express her sexuality as a trans woman and defy misconceptions about herself and anyone who identifies outside of the binary spectrum – both gender wise and ideologically. A lyrical provocateur, Neon confronts issues of identity, sexuality, politics, spirituality, and lived experiences as a trans-femme-fatale. She is a triple threat of sharp wit, hypnotic sensuality, and musical virtuosity. Neon commands an elegantly tough, yet unapologetic ownership, of her visceral vulnerability ─ on and off the stage ─ to local and international audiences alike.

Born in Boston, MA, Neon moved to New York City after high school where she spent over a decade performing in a number of bands and working in fashion as a couturier, before relocating to Los Angeles in 2017. Neon performs extensively in the U.S. and internationally, being billed alongside acts such as Hercules & Love Affair, My Life With The Thrill Kill Kult, Azealia Banks, Martin Rev of Suicide, and Egyptian Lover, among others.

Growing up a loner queer kid in the suburbs of Boston, to living in New York City for over a decade and working at style icon Patricia Field’s eponymous boutique while playing in a number of bands; up to now, fully embracing her experience in Los Angeles and officially releasing her debut rap EP series in 2020.