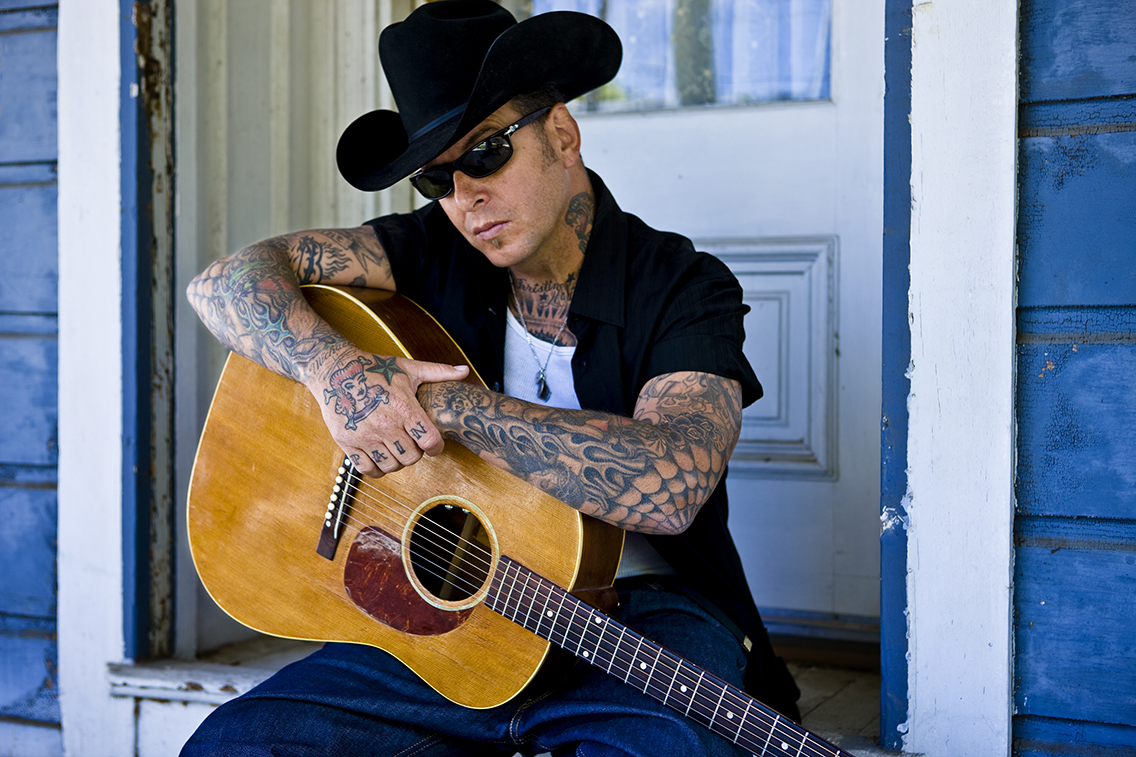 Mike Ness was born in 1962 in Lynn, Massachusetts. His family relocated to Orange County, California later that year and he grew up roaming the streets of Fullerton. As a boy his heroes where not athletes or presidents; they were gangsters and guitar players. By the time Mike was a teen he would be playing in Social Distortion – a garage band that would profoundly impact the American Punk Rock movement. But long before he ever heard the Ramones, the Clash or the Sex Pistols Ness grew up listening to early rock and roll.

Johnny Cash, the Rolling Stones, Woody Guthrie and Creedence Clearwater Revival marked Ness’ early years. He was especially inspired by the roots of American music and his earliest influences were the pioneers of rock and roll; musicians that were scandalous and rebellious in their day. The musicianship of the bands and the revolutionary spirit at their core appealed to Ness. This radical essence would become his calling card but Mike would never lose the love of his roots.

Punk rock music defined a dissatisfied youth culture of the early eighties just as rock and roll had done two decades before. Reacting to mainstream ideals, punk rockers were hostile, seeking to challenge those ideals. Orange County played heavily in the developing movement. The music was loud, hard, fast and anti-social and Social Distortion was at the core of a momentum that had taken hold. Making their way from Los Angeles clubs to national tours, from underground recordings to substantial commercial success, Social Distortion developed a loyal following that has lasted more than twenty years.

The music was ground breaking. It was pure angst and it challenged certain stereotypes set by the English brand of the genre. With uncompromising intensity, Mike brought a working class spirit to his songs. He recognized that the outcast nature of punk rock was similar in spirit to that of other dissatisfied groups and began to identify his punk music with the working class. Mike exposed the effects of a complacent culture, reacted to society’s actions and challenged the norm.

When Social Distortion began, Mike Ness was seventeen years old. The first albums are indicative of a young artist, acutely focused on the kind of music that was meaningful to him during that period. As Mike matured as a songwriter and musician, his work would begin to incorporate a whole body of influences. As early as 1981, Social Distortion did their infamous version of the Rolling Stones’ “Under My Thumb” and over the years paid homage to many of Mike’s early influences like Johnny Cash, Elmore James, Hank Williams and many more.

Mike’s solo work represents the full spectrum of all his influences. Cheating At Solitaire and Under The Influences, Ness’s two solo recordings, incorporate the raw power and social relevance that has always marked his music, while embracing many of the defining styles in American rock and roll history. The work integrates punk, rockabilly, primitive rock and roll, country and blues while maintaining the energy that typifies Mike Ness.

“I have a great affection for roots music. Old blues, country, folk, rockabilly, and primitive rock and roll in general. Without these roots, I wouldn’t have perspective. I love the music and feel it is as relevant as 70’s glitter and early punk. As a solo artist, I am able to cross the boundaries and integrate it all. I tried to bring these influences together and keep it honest.” -Mike Ness