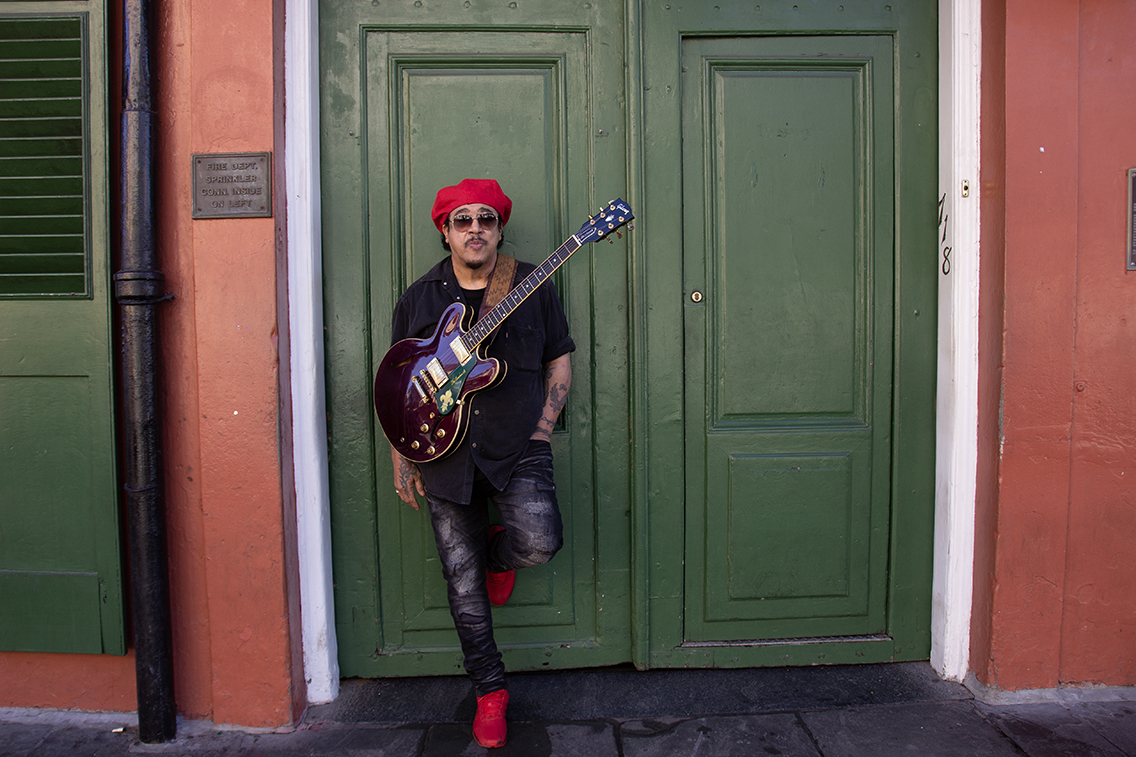 LEO NOCENTELLI, Master Guitarist, Composer and the creator and “Innovator of Syncopated Funk” composed one of the most internationally noted, Grammy inducted songs, “CISSY STRUT” for the iconic and legendary Pioneers of funk THE METERS , 2018 Grammy Lifetime Achievement Award recipient and a four time ROCK AND ROLL HALL OF FAME nominee.

As well as, the many accomplishments and achievements, with and for THE METERS. Leo has performed, composed and recorded with such great and iconic artists, such as, ALLEN TOUSSAINT, PETER GABRIEL, PAUL McCARTNEY, PATTI LABELLE, BUN B, STANLEY CLARKE, JOE COCKER, RAMSEY LEWIS ZZ HILL, ALBERT KING, ETTA JAMES, HARRY CONNICK, JR., GEORGE DUKE, CYRIL NEVILLE, TROMBONE SHORTY, and many many more.

Leo Nocentelli is known as the “funkiest, fast- fingered guitar player of today and has been credited as one of the 50 top guitarists in the world of ALL TIME, as well as, the “MOST SAMPLED Guitarist EVER” and has written more than 400 songs.
Leo in continuing to evolve his style with varied elements that cover blues, rock, rap, jazz and hip hop, but still considers himself mainly a funk musician

Leo’s compositions and contributions has continued to evolve, with personal appearances on stages and TV shows alike including “Saturday Night Live”, along with the recognition and special guest invitation to perform live with THE ROOTS on The Tonight Show with JIMMY FALLON, JIMMY KIMMEL LIVE., PAUL SHAFFER and the CBS ORCHESTRA on LATE NIGHT with
DAVID LETTERMAN and , Leo has performed from coast to coast across the U.S., including appearances at the New Orleans’ Jazz & Heritage Festival, as well as, international tours, including Tokyo & Osaka, Japan, Sao Paulo, Brazil and other European spots and LEO’S FUNK goes on and on and on…..

Now, after 50 years there has been a discovery of a lost treasure of songs by Leo that has produced the very Acoustic “Hit” album on the Light in the Attic record label entitled “ANOTHER SIDE”.