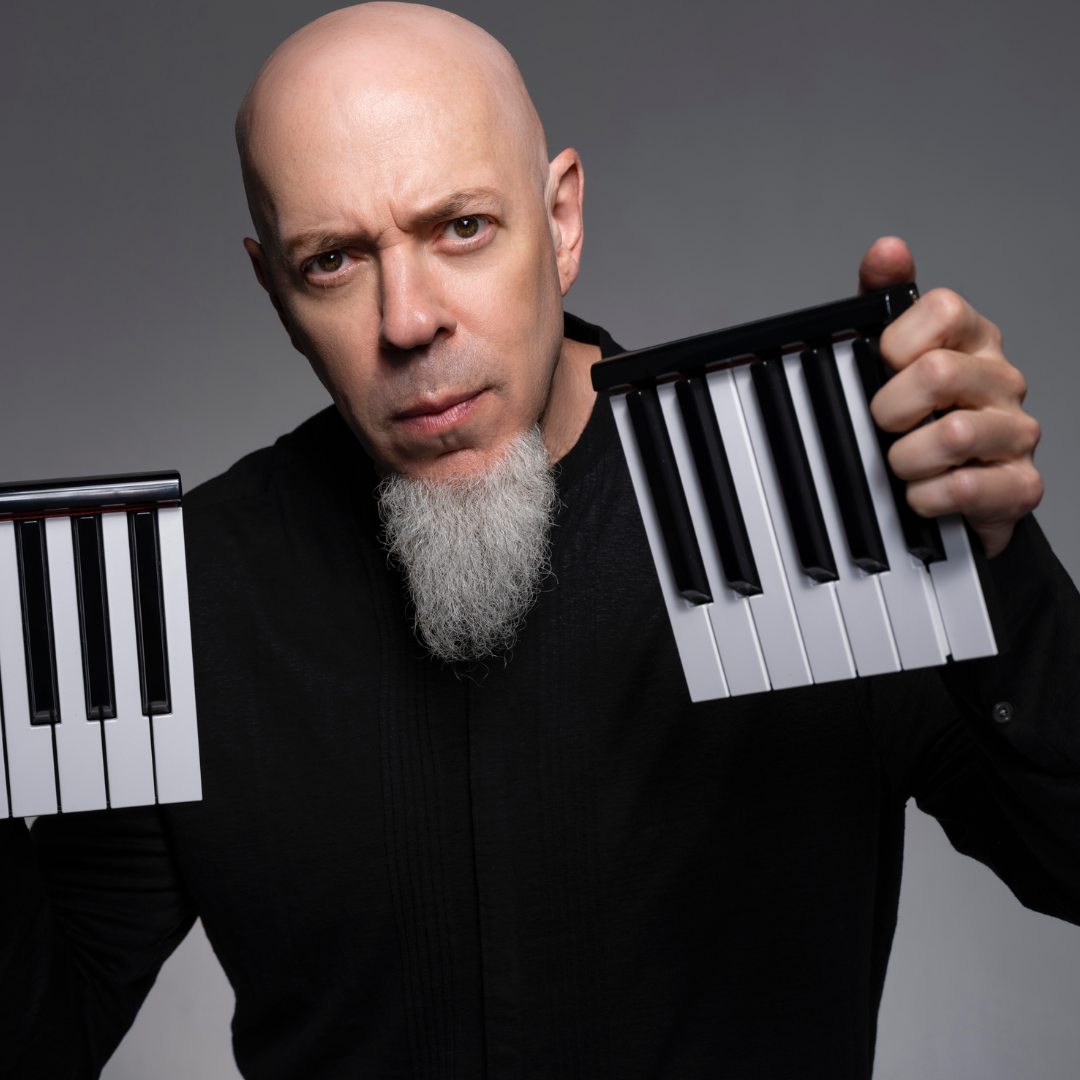 Voted “Best Keyboardist of All Time” (Music Radar Magazine), Jordan Rudessis best known as the keyboardist/multi-instrumentalist extraordinaire for platinum-selling Grammy-nominated prog rock band, Dream Theater. He trained at the world-renowned Juilliard School of Music, where he first studied as a child prodigy at age nine. As a teen, he defected to synthesizers in a classic act of rock ’n’ roll rebellion.

In 1994, Keyboardreaders voted him “best new talent,” and since then has become the universally acknowledged heir to the shredding throne of such prog-rock royalty as Keith Emerson and Rick Wakeman. He is renowned for his unique fusion of classical technique and influences with rock sensibilities. In addition to playing in Dream Theater, Jordan has worked with a wide range of artists including David Bowie, Jan Hammer, Enrique Iglesias, the Paul Winter Consort, Annie Haslam, LMR, his side project with Tony Levin and Marco Minneman, Liquid

Tension Experiment, Steven Wilson, Aviv Geffen, the Dixie Dregs, Rod Morgenstein, and Tony Williams, among others. Jordan’s interest in state-of-the-art keyboard controllers and music apps are another area of his career in which he has achieved success. Jordan owns the successful App development company Wizdom Music, creators of award-winning apps such as MorphWiz, SampleWiz, and Geo Synthesizer. WizdomMusic’s latest app, GeoShred, was created in collaboration with moForte, founding members of Stanford University’s Sondius team.