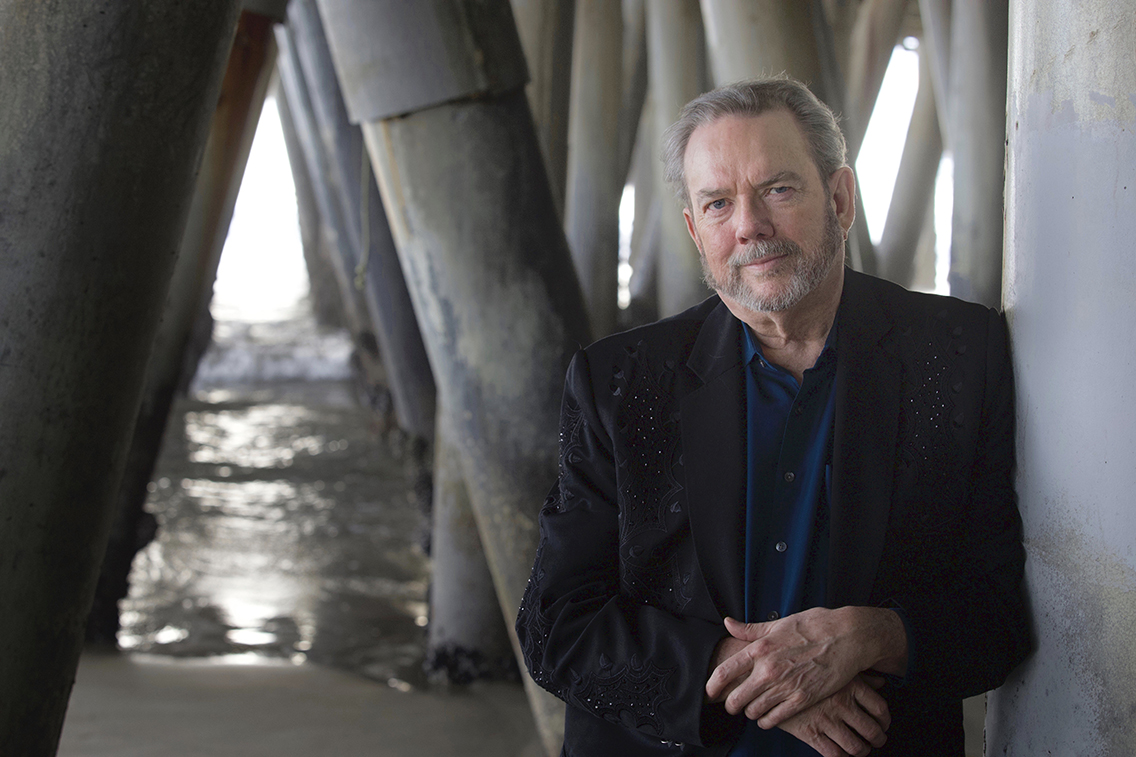 “A night with Jimmy at the keys is not unlike getting to hear George Gershwin or Cole Porter live. It’s hard to believe one guy could have written all these amazing songs. If you get a chance to see him live, grab it. “
Paul Zollo, Songwriters on Songwriting

“I need you more than want you and I want you for all time. “
“Someone left the cake out in the rain.”

“Galveston, oh Galveston, I can see your sea waves crashing.”

“Up, up, and away in my beautiful balloon.”

Jimmy Webb’s songs are deeply embedded in our culture. His catalog of music and lyrics spans multiple genres and appeals to all living generations. He is always on the lists of the most important songwriters. With songs including “Wichita Lineman”, “By the Time I Get to Phoenix”, “The Worst that Could Happen”, “MacArthur Park”, “Galveston”, “Didn’t We”, “All I Know”, “The Highwayman”, “The Moon is a Harsh Mistress”, he is clearly beloved by the best voices and admired by songwriters everywhere. Webb has been dubbed a modern-day Gershwin/Porter/Berlin and is a bona fide progenitor of the Great American Songbook. Yet at the same time, he appeals directly and widely to the country/pop/rock/rap culture of today. Webb’s music runs the spectrum of modern music genres: country, pop, rock, jazz, rap, heavy metal, new age, gospel, disco, EDM, classical—and more. And his songs have been recorded by the foremost interpreters of these genres.

In his live shows, Jimmy’s intimate style is juxtaposed against his stature and exquisite piano skills. His humor and storytelling create such a personal atmosphere that the audience cries, laughs and sings as if in the presence of a long lost relative here for a brief visit. Jimmy walked with giants and regales audiences with stories of Mr. Sinatra, Elvis, Louis Armstrong, Art Garfunkel, Linda Ronstadt, Harry Nilsson, Richard Harris, Glen Campbell. . . ,