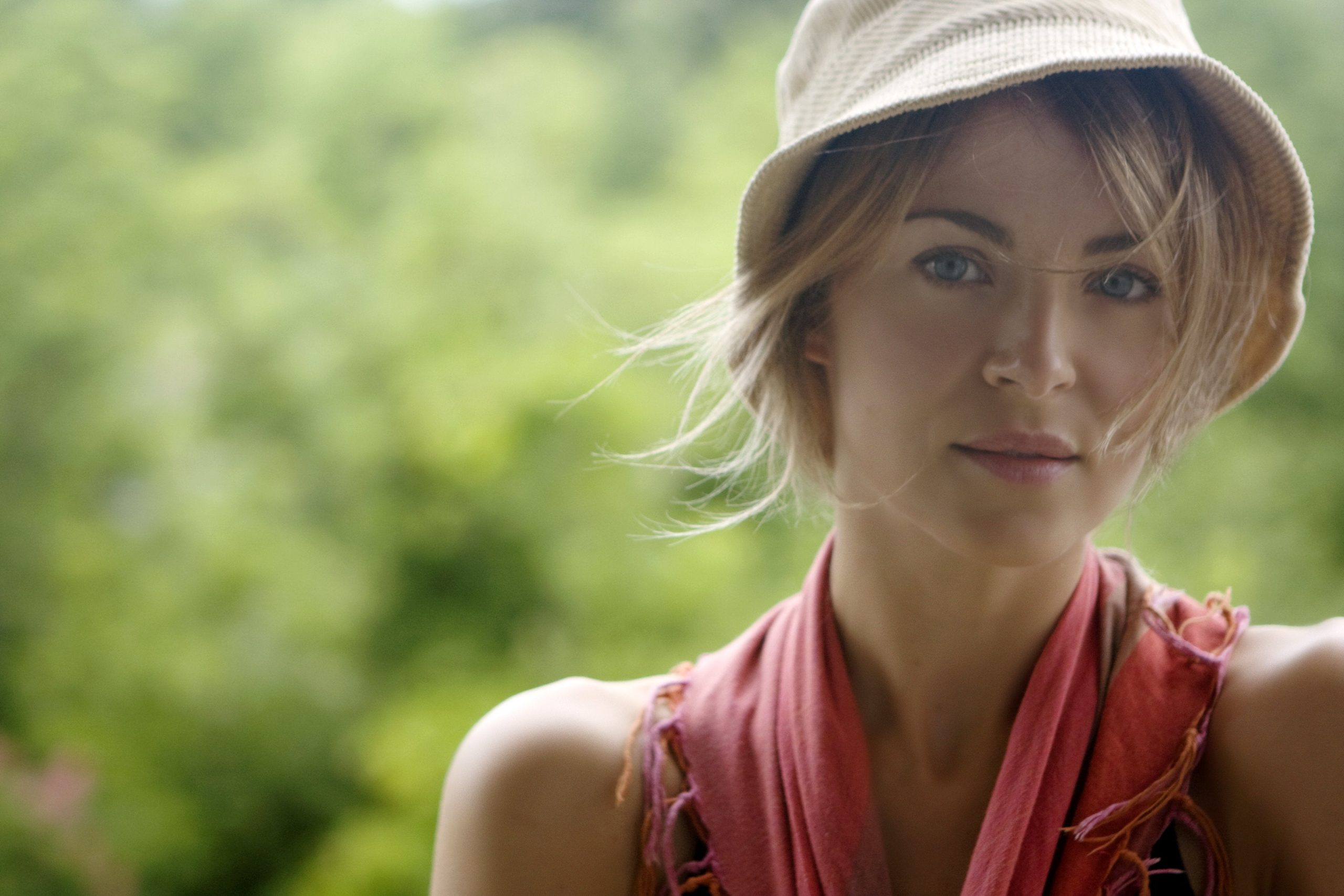 It was sheer force of will, and no little talent, that bought Irish singer/songwriter Gemma Hayes her first record deal with French electro imprint Source Records, as the singer had spent the best part of half a decade working and performing around Dublin’s premier music venues. While her debut EPs were relatively spare and folksy affairs, her label’s legacy came to bear on subsequent recordings, where Hayes demonstrated a proclivity for chilled electronics and swampy, My Bloody Valentine-style shoegaze effects alongside the subdued melancholy of Joni Mitchell and Neil Young. This cross-genre appeal would see Hayes mentioned regularly alongside female contemporaries Beth Orton and PJ Harvey and earn her a Mercury Music Prize nomination in 2002.

Gemma Hayes was born into a musical family with seven siblings in the secluded village of Ballyporeen, Tipperary, in the southwest of Ireland. The claustrophobia of small-town life on the one hand, and boarding school on the other, led Hayes to immerse herself in music and poetry as a teenager. Enrolling at university in Dublin upon graduation, Hayes took up the guitar and continued writing. Eventually, she made the decision to drop out of college and pursue music full-time, supporting herself by working at a launderette and performing solo gigs around the city by night. Assembling a band to flesh out her sound, Hayes was approached by EMI’s dance music imprint Source Records and signed a multi-album deal in 2001. She was just 23 years old.

That same year saw the release of Hayes’ first EP, entitled 4.35 AM, which along with 2002’s Work to a Calm saw the singer tentatively dip her feet into the world of recording. Interest in the EPs was sufficient to create a buzz for her debut album. Turning down the opportunity of working with the label’s preferred producer, Nigel Godrich (Radiohead, Beck), Hayes instead chose to work with Mercury Rev’s Dave Fridmann and her then-boyfriend, Dave Odlum (Kíla, the Frames). Fridmann’s influence allowed her to realize the shoegaze and noise rock textures that the EPs had only hinted at. The resulting album, Night on my Side, was released in the U.K. and Ireland in May of 2002, charting at number eight in her home country and in the U.K. Top 100. A slightly reworked version of the album was released in the U.S. the following April.

Night on my Side proved a critical success, and it was just edged out by Ms. Dynamite’s A Little Deeper in the race for 2003’s Mercury Music Prize. Yet Night on my Side had proved neither the commercial nor artistic success that the artist had planned, and Hayes decided to take an extended hiatus from the music business before planning her next move. In the meantime, she co-wrote the track “Hazy” with Adam Duritz for Counting Crows’ 2003 live album, New Amsterdam. Duritz expressed his appreciation by referencing Hayes in the lyrics of a track entitled “Washington Square” from the 2008 album Saturday Nights & Sunday Mornings.

Hayes returned in 2005 and, with the help of Joey Waronker (Beck), self-produced The Roads Don’t Love You. Lead single “Undercover” was co-written with Jellyfish supremo Roger Manning, Jr., piercing the Irish Singles Chart at number 38 and hitting number 60 in the U.K., while noted influence Lisa Germano added guest violin to the album. The Roads Don’t Love You was an overall more accessible effort than its predecessor, and it reached number 13 in the Irish Album Chart, but it wasn’t enough to dissuade Source from canceling her contract the following year.

In late 2006, Hayes announced that she would work on a third album with Dave Odlum. To be released on her own specially created Gemma Hayes Music label, The Hollow of Morning took over a year to create, a torturous process that was more akin to guest producer Kevin Shields (of My Bloody Valentine) than Hayes. Other producers included Bell X1 frontman Paul Noonan and singer/songwriter Joe Chester. The Hollow of Morning debuted at number 12 in the Irish Album Charts upon its release in May of 2008. A worldwide release with Nashville indie label ATC Records followed later that month. Hayes then began an extended process of recording and reworking her fourth full-length album, during which time she played live shows in Europe, released a 2009 EP titled Oliver, and wrote four original songs for the soundtrack to the 2011 indie film Janie Jones. Let It Break was self-released in 2011 in Ireland, where it debuted at number 11, followed soon after by a duet EP of Bob Dylan covers with Roddy Hart titled Dylan EP. 2012 saw an international release of Let It Break by Fullfill Records, as well as a cover of Chris Isaak’s “Wicked Game,” which appeared on an episode the U.S. TV show Pretty Little Liars. The following year she began recording her fifth studio album, but before finishing released a live set, 2014’s Night & Day, which had been recorded at 2012 shows in Dublin and London. Bones + Longing was released in Ireland later in 2014 with a wider release following in early 2015.