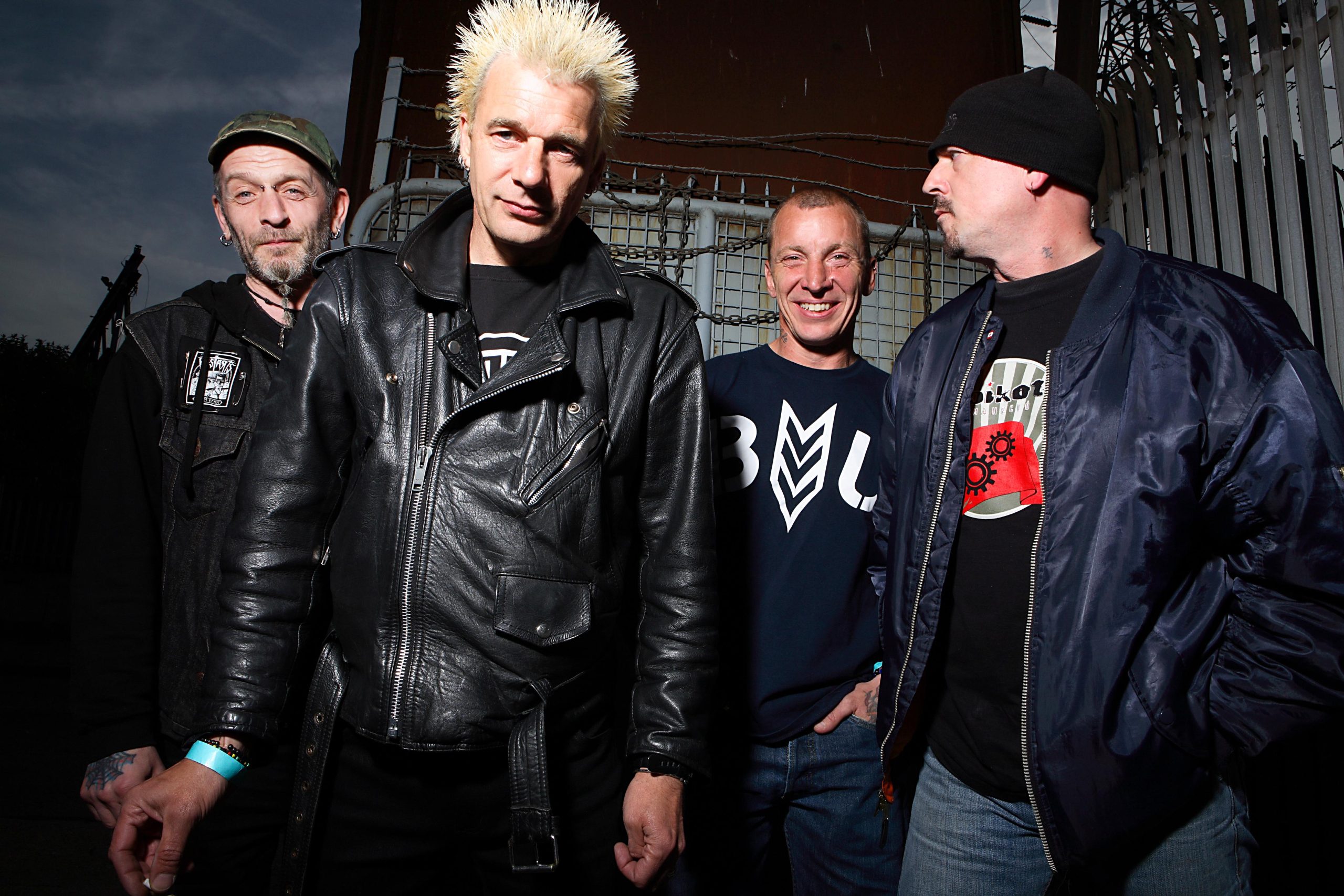 There isn’t a self-respecting gutter punk, hardcore kid or sub cultural miscreant alive who hasn’t seen the GBH logo emblazoned on the back of a leather jacket, a denim vest, or a torn-up t-shirt. And now the world will be slapped upside the head with another reminder as to exactly why GBH is so important, in the form of Perfume and Piss, the legendary and iconic punk band’s first album for Hellcat Records.

Barn-burning, fist-pumping, palace-gates-storming tracks like “Kids Get Down,” “Cadillac One” and “This is Not the Real World” carry the torch forward with the band’s trademark fury that is alternately nihilistic, optimistic, pessimistic, anarchist, violent, humorous and deadly serious all at once.

Charged GBH have been a band for over 30 years; far longer than your average careerist outfit of radio rock garbage who are here today and gone tomorrow. Their longevity is a testament to their purity of sound and vision. Although, as vocalist and founding member Colin Abrahall tells it, there was never anything close to a “plan.”

“We didn’t think it’d last a week when we first got together,” he says, with a laugh. “None of us could really play our instruments or do our specific job within the band. We just kind of winged it for a while. If you were born the day we formed in 1979, you’d be a mature adult now!”

GBH could have only been born in Birmingham (or, Abrahall reckons, maybe Detroit) with its heavily industrialized factories. From Led Zeppelin to Judas Priest to Black Sabbath to Charged GBH, the Birmingham vibe is as distinct as it is working class, gritty and real. “You stay in a band because if you don’t, you have to go back and work in the factory,” Colin says. “So you do what you’ve got to do.”

Worldwide touring and gigs at places like the legendary 100 Club throughout the ’80s were commemorated by a slew of now landmark albums like City Baby Attacked by Rats (1982), the epitome of what is now known and beloved in every corner of every scene by punks as the “UK82” sound.

City Baby’s Revenge followed two years later, followed by no less than six albums in the ’90s. Ha Ha, released in 2002, was the last full-length we’d heard from GBH before now… And hot damn, it was certainly worth the wait!

Perfume and Piss is, in the band’s own words, the “best album we’ve done in a long, long time.” The album was created in fits and starts (two weeks on, two weeks off) which allowed them to fine-tune the material and compose a more complete feeling album. “We’re really pleased with it,” says Colin.

“We’ve been on various dodgy labels in the past and ever since Hellcat first started, we’ve wanted to be associated with it,” he remarks. “To actually sign with Hellcat is a dream come true for us.”

30 plus years on, GBH still calls a crappy van home and wouldn’t have it any other way. “It’s what we live for — the main purpose of each and every day is to get to the gig; that’s the raison d’être.”

“I think he’d be pretty speechless that we’re still doing what we’re doing,” he says. “We used to live for the day that it was. We never used to think about the future that much. I don’t think he would have said I’ve sold out or betrayed punk rock or anything. We’re still true to our roots.”