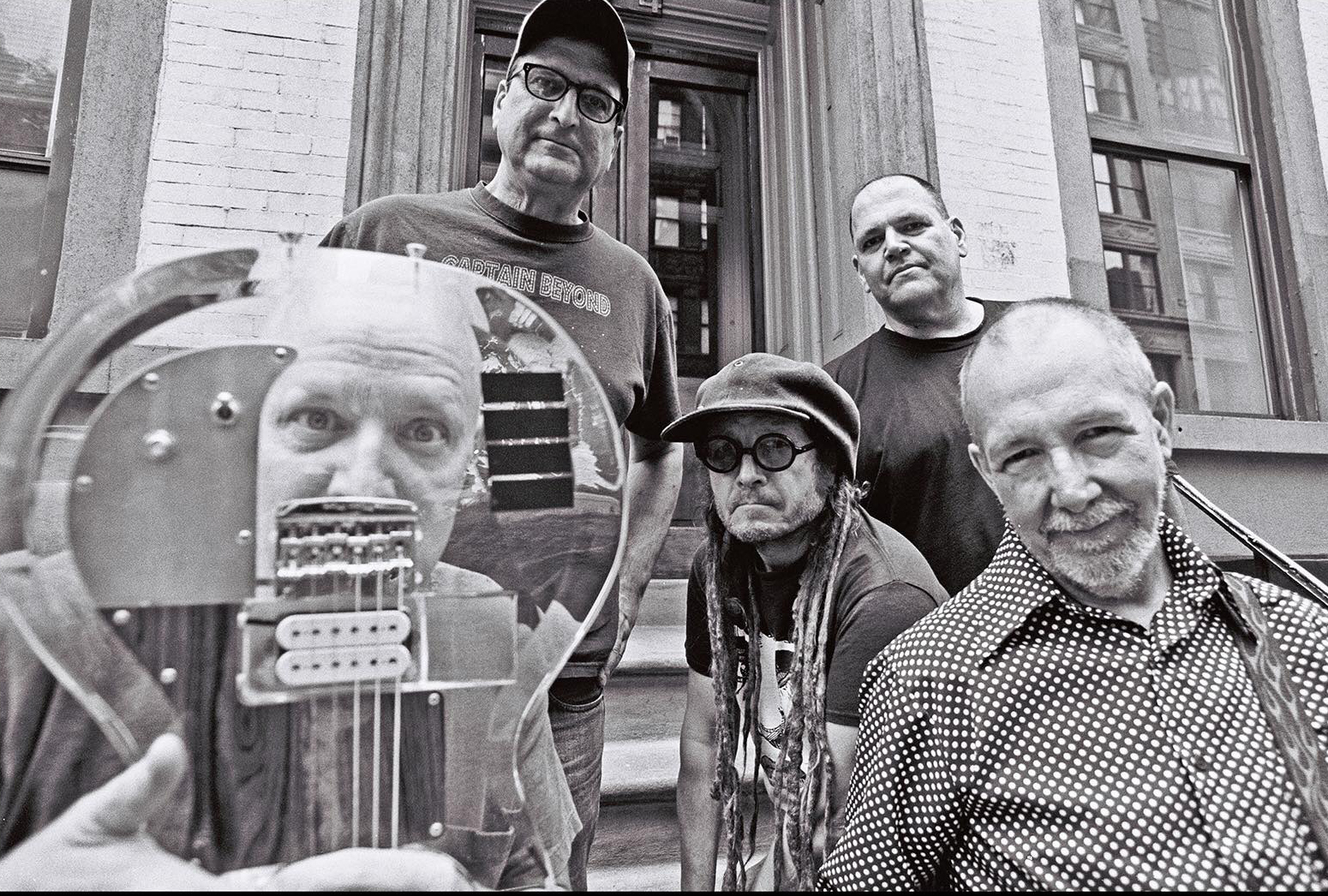 On January 27, 1979, at a Moose Lodge in Redondo Beach, California, Black Flag took the stage for the ﬁrst time. Whipping up as much meat energy as possible, they didn’t so much play songs as create rapid-ﬁre, rhythmic drives.

Everything was short. Stripped-down. A wall of distortion, built on a relentless series of riffs. And vocalist Keith Morris ran around the stage like an escaped lunatic, eventually wrapping himself in one of the venue’s American ﬂags like it was a straitjacket. It was hardcore punk-rock before anyone ever started calling it that. It was great. You could ask anyone who was there.

Although Black Flag’s line-up — Morris, bassist Chuck Dukowski, guitarist Greg Ginn, and drummer Robo — would splinter within a year, the band’s ever-shifting membership released a half-dozen LPs (including the now-classic Damaged, My War, and Slip It In), two live albums, two compilations (Everything Went Black and The First Four Years), and several EPs that incorporated heavy metal, free jazz, and break-beats into the mix before they ﬁnally imploded in 1986.

Along the way, Black Flag wrote dozens of enduring songs, ranging from the sarcastic (“TV Party” and the Morris co-write “Wasted”) to the anthemic (“Rise Above” and the Dukowski-authored “My War”) to “Gimme Gimme Gimme” and “Nervous Breakdown.”

Meanwhile, Dukowski served as co-owner and booking agent at the band’s own SST Records label, which became one of America’s most inﬂuential independent labels, issuing more than 100 records from such future stars as the Minutemen, Sonic Youth, Soundgarden, Hüsker Dü, Bad Brains, and the Meat Puppets, for openers. More importantly, Black Flag and SST’s acts hit the road, building a nationwide touring circuit for indie recording artists that continues to this day.

This D.I.Y. ethos, along with the band’s anti-rock-star attitude and refusal to follow any fashion dictates, would be their greatest legacy.

At least until Morris, Dukowski, drummer Bill Stevenson (who played in Black Flag from 1981 to 1985), and guitarist Stephen Egerton (who’s been a member of the Stevenson-founded Descendents and ALL since 1985) reunited for a surprise performance at L.A. promoter Goldenvoice’s 30th anniversary concert in December 2011.

Inspired by the crowd’s enthusiastic reaction, Morris (whose post-Black Flag career includes fronting the Circle Jerks and, most recently, hardcore revivalists OFF!), Dukowski (who, after exiting Black Flag in 1983, founded SWA, Würm, United Gang Members, October Faction, and, his current outﬁt, the Chuck Dukowski Sextet), Stevenson, and Egerton joined forces with Dez Cadena (who sang lead, then played guitar in Black Flag from 1980 to 1983, before fronting DC3 and joining the Misﬁts in 2001) decided to extend the legacy, working up a repertoire of 30 classic Black Flag songs with an eye toward future live performances.

Taking their cue from the black ﬂag of anarchy, they’re calling themselves FLAG. Long may they wave.