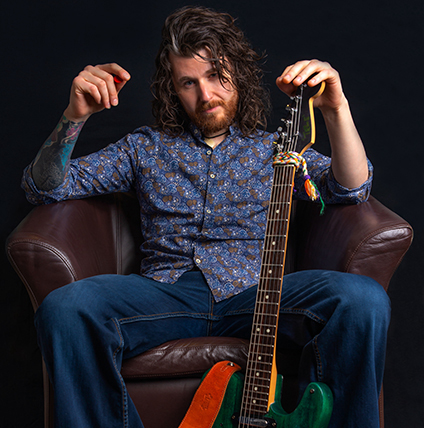 Dom Martin is a Belfast born multi award winning artist, inspired but not constrained by the blues.

In 2019 he burst onto the music scene with a unique guitar style and voice, captivating audiences everywhere.

Primarily known as a solo acoustic artist, Dom is very capable of holding a large audience on his own with his mesmerising finger picking techniques and strong vocal, he can also be accompanied by a band in larger venues and festivals with a strong repertoire of original material very much in the style of Irish legend Rory Gallagher. He always includes a Gallagher song or two in his set!