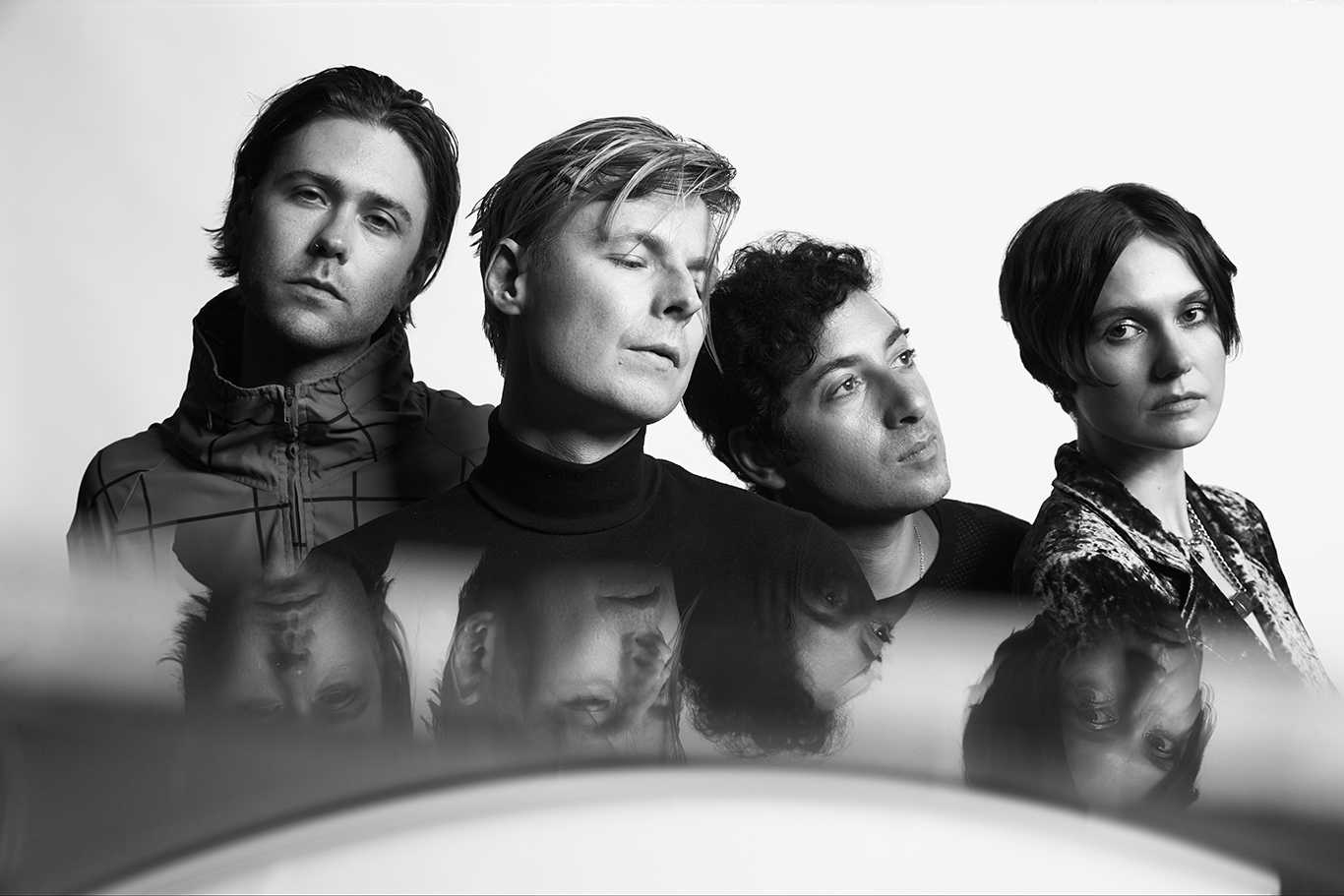 “The night is falling… because I want it to.“

“This album and honestly, the band itself, is a study in ‘goodbyes.’ Life after death, love after life, life after love, the paradox of closeness, the complexity of what it means to leave something or someone behind, when do you say goodbye…? These are some of the ideas that we’ve been exploring since our first days as a band… And in that way, Forever Sometimes is as close to a concept album as a non-concept album gets.”

“A lot of this record is about our shared time on Earth and the idea that for so many of us, love is truly the hereafter we’re looking for. The night sky isn’t any one person’s territory. There are answers up there for everybody.”

“The album is also meant to feel like a full life lived. From the non-denominational “Evensong” to “Unbecoming” to “Marrying For Love” to “Die” to “Heaven Moves.” Forever Sometimes is a full circle emotional journey and a microcosm of the human experience. The first and last song on the album share the same ethereal voice which we employed to be a call to the listener… asking you to live this life again. ”

“Since we were producing it ourselves, we wanted to infuse as much of our shared personal history into the details as we could. The underground train you hear before Swan Dives is the Northern Line, which we would ride every day when we first started Dear Boy in London. The acoustic at the end of Heaven Moves is from the very first demo recorded in Keith’s bedroom. Unbecoming features a quote from the 40’s that goes; “The people of the state of California expect us to do our best…” Something my Dad would say to me all of the time when I was a kid… There isn’t a moment on this album that doesn’t feature something important, unique or special to us. It’s the most personal record any of us could have imagined making.”

“We were ultra specific with every single element of this record while still keeping a sense of unpredictability in the studio. Everything about this album is us. The perspective, the sound, the intention. Our loves, our friends, our words. This is us completely. And it’s the record we’ve been chasing since the day we formed this band.”