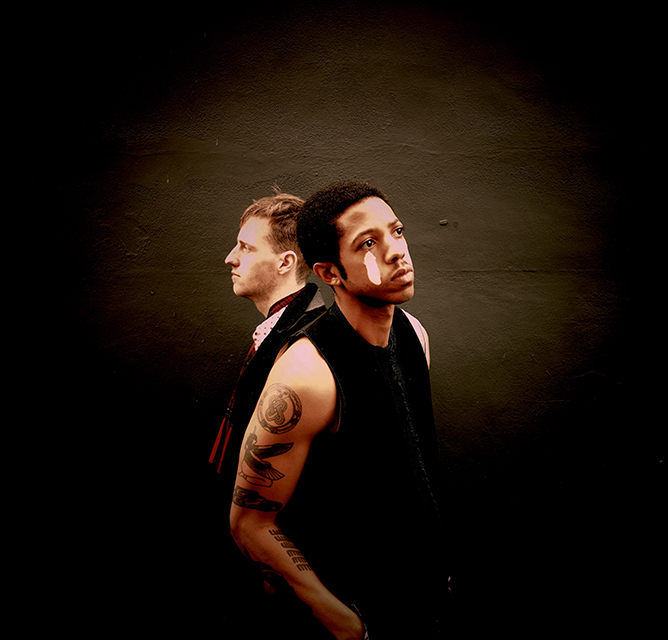 Recognized as one of the most electrifying new acts to emerge from the UK in the past year, Baba Ali is the combined force of American performer and musician Baba Doherty and British guitarist Nik Balchin.

Together they forge a fierce and pulsating sound geared for the dance floor, fusing electro grooves with serrated synths and industrial guitars for people who love to dance in dark, steamy spaces.

The duo laid down the foundations for their intoxicating music during a party-fueled LA recording session with Jamie Hince (The Kills), which resulted in the EP, This House.

Following the album’s release, Baba Ali have toured the UK and US, most notably in support of one of the hottest new bands on the planet, Yard Act , whose boutique label Zen F.C. released the duo’s 2022 double A-Side single Living It Up / Black & Blue.

Onstage, Baba Ali is a captivating and seductive presence, transmitting a wall of sound that fills the room with an infectious raw energy and groove that makes standing still impossible.