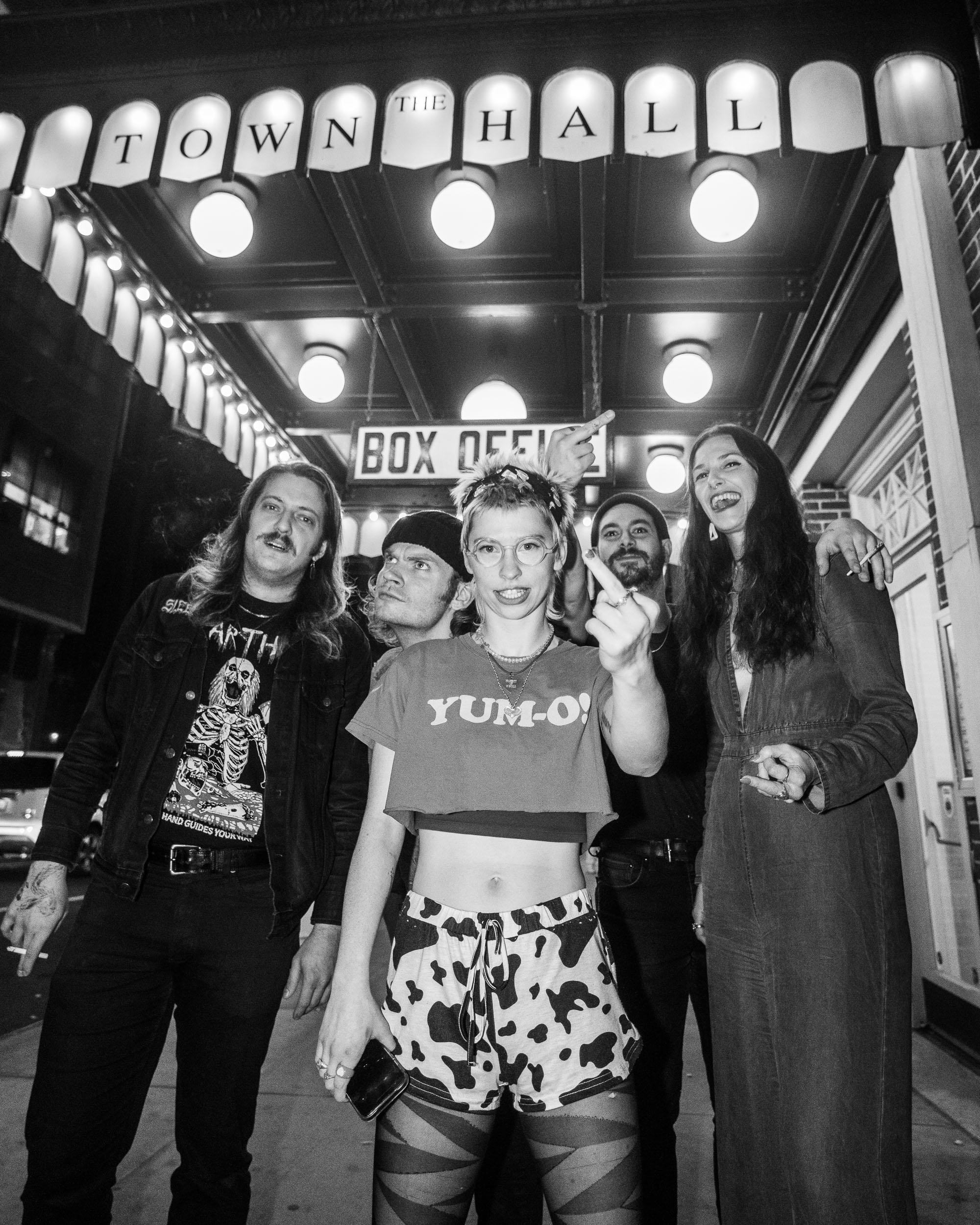 In the pent-up summer of 2020, a group of friends from separate bands formed a bubble and created what would become 95 Bulls pretty much by accident. They just wanted to be loud and have fun while their bandmates in their already established bands were scattered across the country. After one practice everyone decided it was best to write a record just for fun, no strings. But because they’re incorrigible, lusty kids, they wound up married. Before long they were shooting homemade videos in basketball courts and driving to rural New Jersey to pick up electric kiddy cars to race in. It’s been said that “95 Bulls could furnish an appropriate soundtrack for any of your potential choices in a game of “F*ck, Marry, Kill”. This F*CK/KILL duality comes across even more strongly on stage where the band members flirt and rage musically in equal measure like if you can imagine a more aggro B-52s” (Deli Mag) and they sound “Like a rusty buzzsaw dropped into an old grimy bathtub of reverb, 95 Bulls are like listening to The Von Zippers with a mouthful of quaaludes and pop rocks in equal measure” (Full Time Aesthetic). The accidental turned purposeful rock and roll band has shared bills with Sheer Mag, Kid Congo, Papi Saico, L.A. Witch, Wavves, Dirty Fences, and Sunflower Bean to name a few, and have played to thousands at Bryant Park and The Town Hall, as well as all the Brooklyn rock & roll mainstay venues. Shows are what they live for as evidenced by the ranking of #6 “Hardest Working Bands in NYC” from Oh My Rockness in 2022. At a show, the band “come off more like 5 Tasmanian Devils on stage- in near perpetual motion, twisting and turning and thrashing about and headbanging and hopping in place, with Emily in particular seeming to reside atop an invisible pogo stick shaking loose one guttural howl in the abyss after another from her compact frame, sounding not unlike a demon child in the throes of extended exorcism” (Deli Mag) or something. They self-released their debut album, Go Home, in 2021 and have received a great response by the power of Word of Mouth. The group writes by exploring the heaviness around them but to find fun amidst the insanity. They are currently writing their second record and it will be loud.